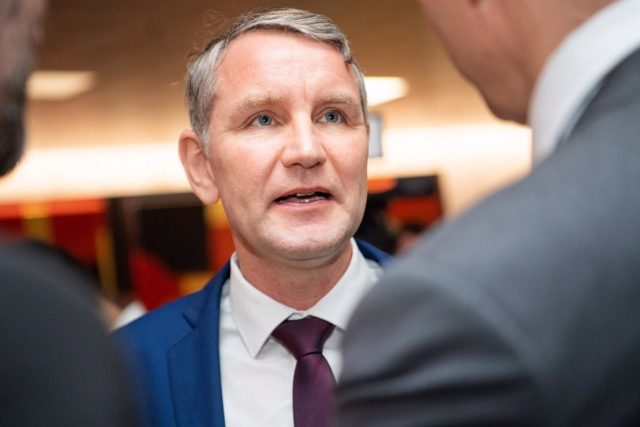 The hard-line wing of the far-right Alternative for Germany party has closed ranks, cleared out the group of critics and further radicalized its stance following the formation’s last congress in June, the Office for the Protection of the Constitution, Germany’s domestic intelligence service, has warned.

“In the new federal executive committee there are no longer any critics of “Der Flügel” (The Wing), the ultra-nationalist faction of the party, formally dissolved,” said the president of the Office for the Protection of the Constitution, Thomas Haldenwang, in statements published today by the news portal of the German broadcaster “ZDF”.

“Therefore, it is not to be expected at this point that from the federal executive committee more open or even offensive positions against the leadership of Björn Höcke (leader of “Der Flügel”) and his entourage of supporters will be taken,” he added. Höcke’s position of power “has increased again,” according to Haldenwang.

Since the congress held in June, AfD has been co-chaired by Tino Chrupalla and Alice Weidel. None of the candidates from the side considered more moderate gained access to the 14-member executive committee. On the other hand, Christina Baum, a member of the Bundestag (Parliament) and a supporter of Höcke, is a new member.

Read:  Federico Gutiérrez announces that he will vote for Hernández in the second round of the Colombian elections