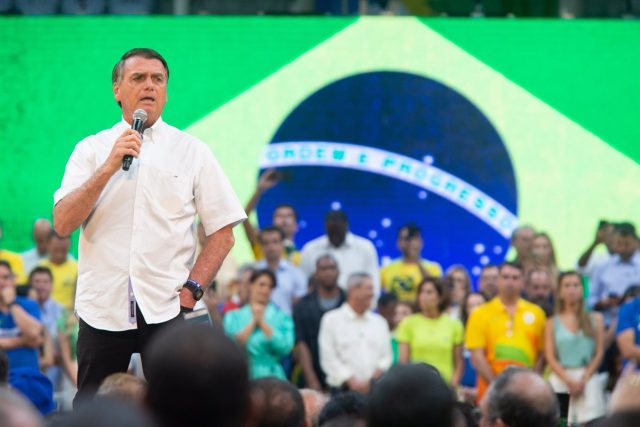 Brazil’s Supreme Court (STF) André Mendonça has suspended this Friday an injunction from a lower court that prohibited the broadcasting of a report critical of Brazil’s President Jair Bolsonaro.

Specifically, it was STF magistrate André Mendonça, appointed in July 2021 by Bolsonaro himself, who released a report on real estate transactions of the Brazilian president’s family, as reported by ‘Folha de S.Paulo’.

With this decision, Mendonça has rejected the censorship imposed by Judge Demetrius Gomes Cavalcanti, of the Court of Justice of the Federal District and Territories (TJDFT), who had determined that the content be stopped from being broadcast.

Read:  Iran calls on US to withdraw its "excessive demands" to revive 2015 nuclear deal

“The democratic rule of law must ensure to Brazilians of all political-ideological spectrums the broad exercise of freedom of expression,” Mendonça has maintained in his decision, according to the aforementioned newspaper.

“Thus, the curtailment of this free exercise, in the form of censorship, under any pretext or no matter how well-intentioned, especially if such restriction comes from the Judiciary, the ultimate protector of fundamental rights and guarantees, does not find support in the Republican Charter of 1988,” the STF magistrate ruled.

The published report stated that, since the 1990s, the president, brothers and sons negotiated 107 real estate properties, of which at least 51 were acquired totally or partially with or using cash. The amount spent in this way was, according to the investigation, 13.5 million reais (2.6 million of today’s euros).

This use of cash under suspicious conditions has once again hit President Bolsonaro during his electoral campaign to opt for re-election to the presidency.

In-kind transactions are not a crime, but may be intended to make it difficult to trace amounts from illegal sources.