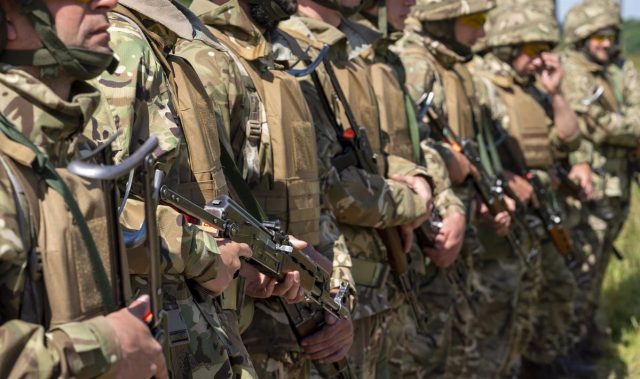 The NGO Amnesty International (AI) has denounced Thursday that Ukrainian troops are carrying out combat tactics that endanger the lives of civilians and violate international humanitarian law.

As explained in a statement by the organization, the Ukrainian army is reportedly operating very frequently in residential areas, including hospitals and schools, while repelling the Russian invasion, thus endangering the lives of civilians by turning civilian objects into military targets.

“We have documented a pattern of Ukrainian forces endangering civilians and violating the laws of war when operating in populated areas,” explained AI Secretary General Agnès Callamard, warning Ukraine that “being in a defensive position does not exempt the Ukrainian Army from respecting international humanitarian law.”

However, not all Russian attacks documented by the NGO have followed this pattern. In other places where Amnesty International has concluded that Russia had committed war crimes, including parts of the city of Kharkov, the organization has found no evidence of Ukrainian forces in the civilian areas that the Russian Army had unlawfully attacked.

Read:  Belarus sanctions hundreds of companies with foreign capital in response to similar measures in the middle of the war

“Throughout these investigations, investigators found evidence that Ukrainian forces launched attacks from populated residential areas and took up residence in civilian buildings in 19 towns and villages in the regions,” the NGO has detailed.

In particular, most of these were kilometers away from the front lines, so there were “viable alternatives available” that would not endanger civilians, AI has argued in the brief.

Also, despite the proximity to civilian areas, the organization said it was not aware that Ukrainian military personnel who moved into civilian structures in residential areas had asked or assisted civilians to evacuate nearby buildings, which would not have allowed for all possible precautions to be taken to protect civilians.

Read:  Lithuania shirks responsibility for transport charges to Kaliningrad and asks Russia to look for alternatives

Moreover, Amnesty International criticized that “many of the Russian attacks” have been carried out with “inherently indiscriminate” weapons, including internationally banned cluster munitions.

“The Ukrainian Army’s practice of locating military targets within populated areas in no way justifies indiscriminate Russian attacks. All parties to a conflict must at all times distinguish between military targets and civilian objects and take all possible precautions, including in the choice of weapons, to minimize harm to the civilian population. Indiscriminate attacks that kill or injure civilians or damage civilian objects are war crimes,” explained AI.

“The Ukrainian government must immediately ensure that it locates its forces away from populated areas, or it must evacuate civilians from areas where the military is operating. The military should never use hospitals to engage in warfare, and should only use schools or civilian homes as a last resort when there are no viable alternatives,” Callamard said.

Willy Rock - October 7, 2022 0
The replacement for Qualcomm's 700 series of chipsets, the Snapdragon 7 Gen 1 has appeared on just a few phone models, and we're already...