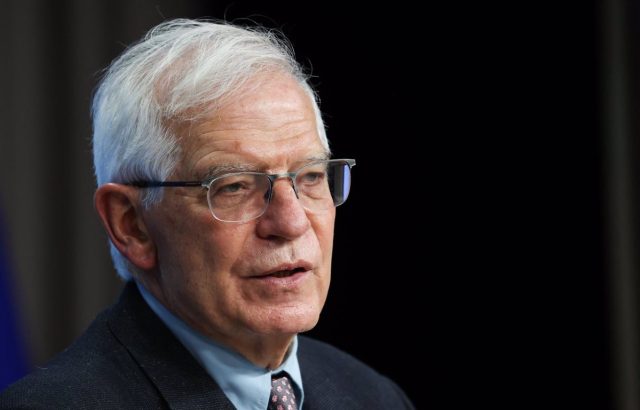 The High Representative of the European Union for Foreign Policy, Josep Borrell, acknowledged this Tuesday “difficulties” in closing an agreement on the sixth package of sanctions against Russia for the invasion of Ukraine, which includes the veto on the import of Russian oil, although it has indicated next Monday to complete the round of sanctions.

In statements from Brussels on the occasion of the annual donor conference for Syria, the head of community diplomacy explained that the ambassadors to the European Union are discussing the latest round of sanctions with the idea that it can be adopted next Monday in the Council of Foreign Affairs, which brings together the European ministers of the branch.

Read:  AI singles out Iranian authorities for refusing to investigate deaths in custody in Iran's prisons

“There are still some difficulties, I hope that by the next meeting on Monday these difficulties will be cleared up. If not, we will have to raise the level of discussion to the ministers themselves within the framework of the Foreign Council,” he argued.

Hungary maintains its reservations about the idea of ​​imposing a veto on Russian oil and the president of the European Commission, Ursula von der Leyen, traveled to Budapest on Monday to try to unblock the sixth package of sanctions for the war in Ukraine.

Although he appreciated the progress made, Von der Leyen said that more work is needed to close the final agreement and promised a video conference with regional actors to close ranks.

European efforts have been taking place in recent hours and the President of France, Emmanuel Macron, held a telephone conversation on Tuesday with the Prime Minister of Hungary, Viktor Orbán, in search of unblocking the situation.

The proposal provides for an embargo on all imports of Russian oil to the European Union by any means, with a transition period of six months in the case of crude oil and eight for refined products.

The planned exception so that Hungary and Slovakia could delay its application for a year complicated the negotiations because the deadline was insufficient in the eyes of these countries, which want to delay it until 2024, and because other partners requested that differentiated treatment, something that the Czech Republic has already achieved consolidate in the text for yes.