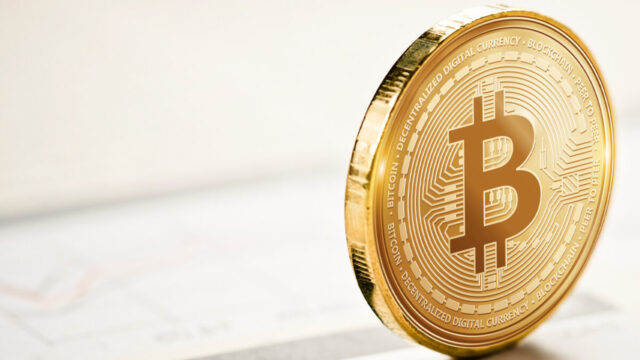 The price of bitcoin gained more than 3 percent on Thursday and briefly topped $19,000 for the first time in eight weeks. After surpassing December highs of about $18,353, the mother coin traded around $18,836 in early Asian trading.

The increase in upward volatility in the bitcoin and altcoin market coincided with the U.S. Consumer Price Index (CPI) data released on January 12. According to Bureau of Labor Statistics data, the December CPI was unchanged, meaning that U.S. inflation was flat at 6.5 percent.

The bitcoin and altcoins market reacted positively following the&rsquor;weakening of the US dollar. As a result, more than $80 million of short traders have been liquidated in the bitcoin market over the past 24 hours, according to aggregated data provided by Coinglass. Specifically, about 38,245 traders were liquidated in the last 24 hours, with the total amount of crypto-currency liquidations amounting to $204.77 million. The largest liquidation order took place on the OKX crypto-currency market, with an ETH-USDT trade worth around $2.31 million.

The crypto spike coincided with revelations that FTX officials are willing to liquidate about $5 billion to pay off creditors. Solana and SPL tokens were the most involved in fraudulent SBF transactions, according to data on the blockchain.

We have located more than $5 billion in cash, liquid crypto-currencies and liquid investment securities,” Andy Dietderich, an attorney for FTX, said at a hearing in Delaware on Wednesday.

Taking a closer look at bitcoin&rsquor;s price action and the outlook for the crypto-currency market

With the price of bitcoin up 13% year-to-date, the total has surpassed $939 billion for the first time since the FTX and Alameda implosion. According to our latest crypto-currency price oracles, the total market capitalization of bitcoin today stands at about $362,146,594,951, with a 24-hour trading volume of about $43,964,939,526.

According to market intelligence platform Santiment, Bitcoin whales have contributed significantly to the recent rally above $19K. Moreover, the chances that bitcoin prices have already reached the bottom of the bear market are higher following the recent pump.

📈 #Bitcoin is on the verge of breaking the $19k resistance level for the first time since Nov. 8th. Whales are beginning to take interest and are likely perpetuating this climb, with $1M+. $BTC transactions rebounding to November, 2022 levels. https://t.co/UuH8aFUmh3 pic.twitter.com/2oeIyi3xSV

In the top 100 crypto assets by market cap, Aptos (APT) has outperformed with a rise of about 20% over the past 24 hours to trade at about $6.39. As the stock market prepares to close later today&rsquor;s volatility in the crypto-currency sector is expected to increase over the weekend as more traders go FOMO.

Read:  U.S. regulators are taking on crypto-currencies. What will the future look like?

Meanwhile, crypto trading fraternity Gemini was surprised by a lawsuit filed by the SEC regarding its Earn program.

It is disappointing that the SEC chose to file a lawsuit today when Gemini and other creditors are working hard together to recover funds. This action does nothing to advance our efforts to help Earn users recover their assets. Their behavior is completely counterproductive, noted Gemini’s co-founder.

3/ Despite these ongoing conversations, the SEC chose to announce their lawsuit to the press before notifying us. Super lame. It’s unfortunate that they’re optimizing for political points instead of helping us advance the cause of 340,000 Earn users and other creditors.