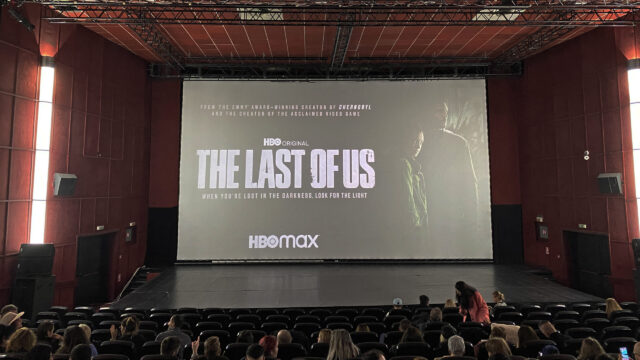 The Last of Us series, based on the video game series of the same name, debuts in just a few days (January 16), and HBO has invited us to the cinema to see the first episode premiere. To my surprise, the first episode is a double feature, lasting about an hour and a half and serving the purpose of introducing both fans of the game series and new viewers just discovering the story to The Last of Us universe. And it’s a good thing HBO decided to offer this double episode, as even the most ardent fans will discover more new things they probably weren’t expecting. At the same time, there’s plenty of time to introduce us to the main characters at length and establish the rules of the universe in which the action takes place.

I’ll try as much as possible not to spoil anyone’s enjoyment of the series’ surprises, but it should be said up front that while The Last of Us is one of the most faithful video game adaptations to date, several changes were necessary to better translate the story to the small screen. What hasn’t changed much, however, is the introduction. Composer Gustavo Santolala returns with the moody guitar chords that accompanied the series, while the intro animations are very similar to those we saw in the first game. If you were to read a summary of the beginning of the story in The Last of Us and compare it to what you see in the first two episodes of the series, you might say that everything is 100% identical, but the reality is that the movie has a different pacing, with slightly changed action. That’s because the game usually relies on long sequences of exploration of the environments, with parts of the story naturally revealed through interaction with the in-game environment and characters. In the series, however, it all has to be done through non-interactive dialogue and a few action scenes. Thus, in the introductory part, characters that had a somewhat more limited role, such as Joel’s daughter Sarah, are given more attention, and certain events that were only hinted at in the game, as they took place before or parallel to the actual action, now appear in the series.

Of course, the show’s creator, Craig Marzin, worked closely with the game’s creator, Neil Druckman, to ensure that the story stayed true to the original. Thus, you should have no reason to worry that some things are changed, others truncated, and others expanded, as they were done with the original author’s consent and blessing. The major points of the story are the same, but with the new changes, watching the series is much more enjoyable even for those who have played the games several times and know everything by heart. That’s because there’s still the possibility of being surprised by certain moments. Personally, I was glad to see certain lines from the game being told 1:1 in the movie as well, in certain key sequences, and I can confirm that one of the most powerful moments from the original The Last of Us is reproduced perfectly, delivering the same strong emotional impact as the first time I played the game in 2013, despite knowing what and how it would happen. Despite the high fidelity to the source material, the series adopts an identity of its own

Certain relationships between characters and their origins have been changed slightly, probably because too much extra explanation would have been needed. In the games you have the freedom to sprinkle hidden descriptions into collectibles or secondary dialogue during gameplay, but the film has to present everything in a purely audio-visual manner. I was surprised, however, that the action sequences, at least in the first episode, were significantly reduced. Joel in the game is fighting a whole squad of soldiers at once, whereas Joel in the show is somewhat more realistically potretized.

I can confirm, however, that most of the cinematic sequences in the games are transposed almost identically to the movie, but with a new “flavor” brought to the screen by the actors in the show. Pedro Pascal manages to perfectly capture Joel Miller’s nature from the games, while also giving him his own identity, as he does with every role he plays. Likewise, Bella Ramsey, who plays Ellie, even though she appears rather sparingly on screen in the first episode compared to Joel, seems to have a perfect grasp of the character she portrays. Old fans will probably need some time to adjust, as the actors don’t look much like the characters in the game, but their personalities are completely intact. I’m very curious to see how the performances of the two actors evolve over the next eight episodes. But we already expected top performances from actors involved in a big budget production. More impressive, however, is the fact that the visual identity of the games has been preserved in the series, with the sets meticulously crafted to look as much like the games as possible. And while this is the case, it seems to me that the atmosphere of the series still has its own identity, which I welcome with open arms. If I want authentic in-game atmosphere, I have both the PlayStation 3 original, the PlayStation 4 remaster, and the new PlayStation 5 remake (and coming soon to PC).

The Last of Us is an adaptation that exceeds expectations

The Last of Us should thus satisfy both longtime fans of the games and the general public. For those who don’t know the story already, all I can say is that if the first episode grabs you, you’ll definitely enjoy the following ones even more, given the events that follow, according to the games. I really expect the series to have such a strong impact that it will lead to increased sales of already released PlayStation titles. But I’m curious to hear the opinions of those who haven’t played the games yet and will see the series first, about which version of The Last of Us they’ll find better after trying both versions. Will they think the original is better, or will they prefer the series since that was their first contact with the series?

I won’t be able to give a final opinion until I’ve seen all nine episodes in their entirety, but I can say that I walked out of the theater more excited about this series than I was before. However, while I like the beginning of the series a lot and appreciate the care with which it is done, I don’t think I’ll be able to be convinced to love the adaptation over the original game and I think many will. The original will always live on in the hearts of fans.