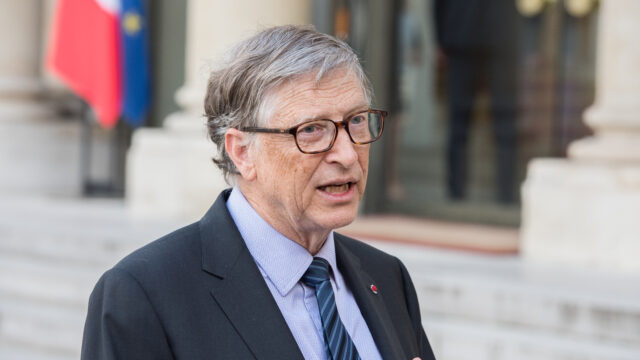 Bill Gates was using a Galaxy Z Fold3 foldable phone last year. The billionaire is a known user of Samsung models, which he prefers because the Asian brand has a close relationship with the company he co-founded.

Most of the models produced by the South Koreans come with Microsoft apps, such as OneDrive or Office, pre-installed. Gates is also known to steer clear of Apple products.

Recently, Bill Gates participated in a new AMA session on Reddit, where he was asked what phone he uses. The billionaire said he’s switched to a new model, also foldable. The handset is the Samsung Galaxy Z Fold4. Gates received it as a gift from Samsung President Lee Jay-Yong when he visited South Korea.

“Of course, I use Outlook and have a lot of Microsoft software on it. Because of the size of the screen I don’t use a tablet, just my phone and a laptop – a Windows machine,” Gates wrote on Reddit.

He also said he has a Surface Studio all-in-one system at his office, and that several Surface Hub smart whiteboards are also there.

Bill Gates was chairman of Microsoft’s board of directors until 2014. Today, he consults for Windows and Office developers, works on charity work and finding ways to combat climate issues.

Also read: 10 incredible predictions made by Bill Gates before the year 2000

Read:  A Su-34 plane was shot down by a Ukrainian pensioner with a rifle