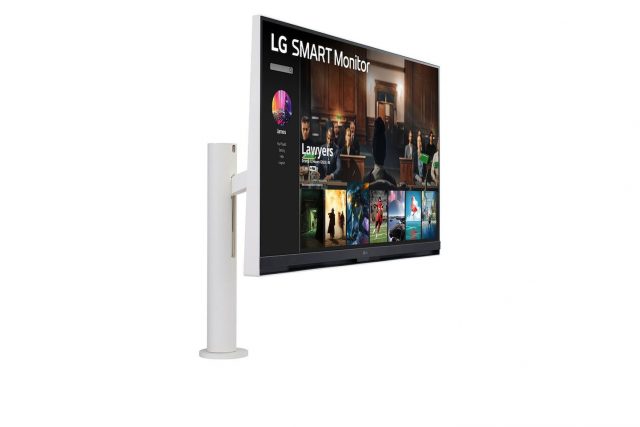 Samsung and LG compete in many market segments, and over the years, the two South Korean companies have “borrowed” ideas from each other without hiding much. LG continues this rivalry in the monitor market as well, announcing the new LG Smart Monitor, an alternative to Samsung’s smart monitor announced a few years ago. Of course, being an LG display, it’s equipped with webOS instead of Tizen, but otherwise offers similar capabilities: it’s a hybrid between a monitor and a TV.

The LG Smart Monitor (32SQ780S) comes in one size, with a 31.5″ diagonal and 4K resolution at 65 Hz, and is billed as a productivity monitor as well as an entertainment monitor. It benefits from a USB-C hub to provide charging and the ability to attach accessories more easily to a laptop via a single cable, while also offering the webOS operating system running natively on the monitor for times when you need an entertainment hub.

Read:  Microsoft will allow developers to create widgets for Windows 11

With webOS you can access all the popular streaming services without having to boot up a separate computer, while you can cast from other wireless devices directly to your monitor. Apple products can also be connected to the monitor wirelessly via AirPlay 2, while the monitor supports the HomeKit standard for control from the Apple Home control centre.

On the connectivity front, LG integrates Bluetooth, which allows you to connect a Magic Remote (which isn’t included in the package), Wi-Fi, for connecting to the internet, and a decent selection of physical ports. We’re dealing with two HDMI ports (one eARC-compatible), three USB 2.0 ports, Ethernet for physical internet connection and a USB-C port with 65W charging capacity.

This model is slightly cheaper than Samsung’s competing M8 model, being advertised at $499, but has yet to be officially released in stores. Incidentally, the LG model doesn’t support HDR and doesn’t integrate productivity software like Microsoft Office like Samsung does. The M8 costs between 2,500 and 3,000 lei in Romania.