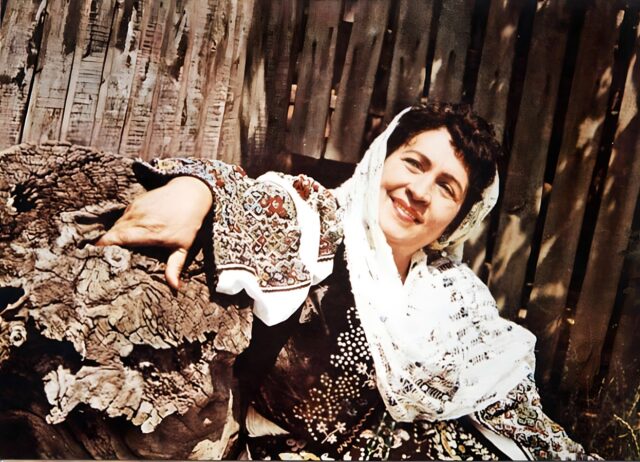 Maria Lătărețu was one of the most beloved folk music performers in our country. It can be said that the artist has traced the path of many singers who followed her, and this category includes, without fail, Maria Ciobanu, who ended up singing her song in her own interpretation.

In case you didn’t know, the famous Romanian ballad, Lie Ciocârlie was composed by Maria Lătărețu, even if the most famous version is nowadays Maria Ciobanu’s.

Maria Lătărețu was lucky in her career, but less so in her personal life

Together with Maria Tănase, Maria Lătărețu redefined Romanian popular music. In third place is another Marie, this time Maria Ciobanu, who, as mentioned earlier, gave a new breath to the famous song that Lătărețu composed.

It is true that for a long time it was thought that Lie, Ciocârlie was a song with a folk author, belonging to the authentic Romanian folklore. However, the reality has nothing to do with the assumption, the song belongs to Maria Lătărețu.

The “Dolj’s Nightingale”, as she was still called by the public, composed the famous mournful song inspired by a great drama in her life.

Lie, Ciocârlie is originally a mournful song and was composed by the artist after the death of five of her six children.

Four of her children died of bronchopneumonia, while the fifth, a little girl, met her end after being attacked and mauled by a dog, as mentioned in a previous article.

In memory of the children she lost, the artist composed perhaps the most beautiful Romanian doina.

The death of the “unequalled nightingale”: she died immediately after a performance

The famous and beloved performer was born on November 7, 1911, in Balcesti, Gorj county, and her childhood was marked by acute poverty. She had to work because money was not enough, and later she sang at horeas, weddings and noble parties.

Later, after becoming (literally and figuratively) a great man, Maria Lărărețu would go through countless dramas, but none of them managed to make her give up one of her greatest loves: Romanian folk music. She dedicated herself to music, but never got rich from it.

What’s more, she was included by the Communists in the category of “bourgeois”, so that the regime confiscated the house she had built in Târgu Jiu immediately after World War II.

“With the money raised from singing, in 1941 Maria Lătărețu started building a house in Târgu-Jiu, across the Jiu Bridge, on Panduri Street. Several years passed before she finished it, and to put up the doors and windows the singer had to sell over 100 of her folk costumes.

When the house was finished, because it was too big, the communist authorities confiscated it, and the owner was put in the category of the bourgeoisie, forbidden to buy another house”, writes Alexandru Doru Șerban in the book “Gorjene personalities – truth, curiosities, anecdotes, legends”, according to adevarul.ro.

Read:  Toyota does not get rid of problems: what happens to production after the earthquake

After 13 years he managed to recover his home, but without much use, since it had become a ruin.

On September 27, 1972, Maria Lătărețu felt sick backstage after the last song she performed on a stage in Românești, in the county of Botoșani, and the lyrics of Lie, Ciocârlie came true:

“I’ve had my nest/ Since last year/ I’ve had my nest/ Up my plough furrow./ The plough came/ And I didn’t know/ My nest crushed me/ The eggs have blushed/ My chicks died. And I set my mind/ To fly in the wind/ To hit the ground/ To die sooner“.

“On Wednesday, September 27, 1972, there was a great boiling in the commune of Românești. In the afternoon, at 4:00 pm, Maria Lătărețu herself, the famous nightingale of Romanian song, whom many had only seen on television or heard on the radio or on Electrecord records, was to sing on the stage of the Cultural Centre. The demand for tickets was so great that the cultural forums turned the show into two performances: one at 4pm and the other at 6pm”, wrote Ioana Lătărețu and Dorin Brozbă, in the book “Maria Lătărețu, the unequalled nightingale”.