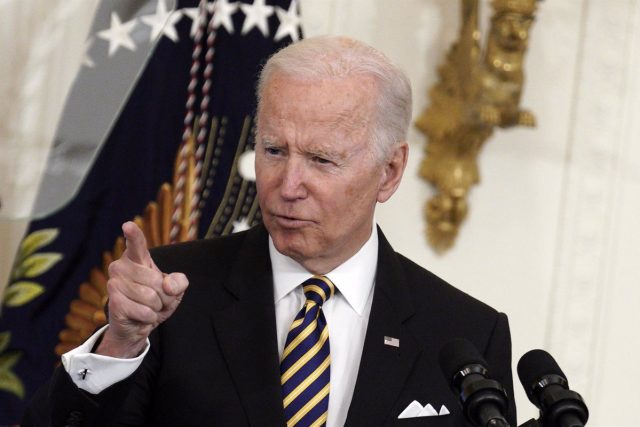 The president of the United States, Joe Biden, has attacked Russia on Tuesday on the occasion of World Press Freedom Day, affirming that the Kremlin has “tightened” its control over civil society.

Russia has passed a law criminalizing “disinformation” about the invasion of Ukraine, known in Moscow and the media as a “special military operation.”

Biden has censured that the law in question is intended to “silence” those who tell the truth. “Faced with the choice of repression and censorship or the threat of retaliation, Russian journalists and other members of the media have made the difficult decision to flee their country,” she added.

“This is the price that those who work in the media and their families are paying for telling us the story of (Russian President Vladimir) Putin’s unjust and brutal war in Ukraine,” continued the US president, who has highlighted the journalistic work.

In this regard, and warning that these are currently “dangerous” times for freedom of expression, he stressed that at least eleven journalists have been killed in Ukraine in recent weeks, while another eleven have been injured by live fire. “Others have been kidnapped and at least one is missing,” he stressed.

“Journalists cover war, expose corruption, document environmental damage, uplift the marginalized, defend our communities and hold the powerful to account,” he explained. “And for this, too often, they are killed, imprisoned, raped, threatened and harassed,” she added.

He made a special mention of women journalists, “who have long been a minority in newsrooms and are disproportionately the object of these attacks, ‘online’ and ‘offline'”.