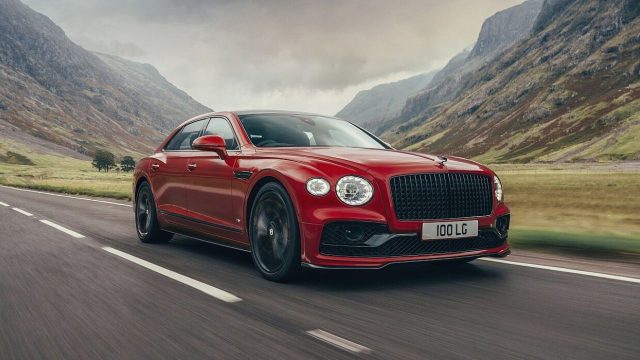 Bentley’s first all-electric car will deliver up to 1400 hp and will be able to accelerate from 0 to 100 km / h in about 1.5 seconds, said CEO Adrian Hallmark.

But acceleration will not be the model’s main selling point, Hallmark said.

The main attribute of the new EV will be rather “the performance of overtaking the car effortlessly by a huge amount of torque on demand,” said Hallmark. “Most people enjoy acceleration of 50-100 km / h, or in Germany 50-250 km / h,” he said.

Electric propulsion systems have allowed car manufacturers to massively increase their acceleration compared to alternatives to combustion engines. The problem now is that the speed of acceleration exceeds the limits of human endurance.

“If we have 650 hp now with GT Speed, we’ll double that with BEV,” Hallmark said.

Read:  Oscar Awards 2022: What are your favorites, what movies can you find on Netflix, HBO

The electric Bentley will go into production at the carmaker’s factory in Crewe, England, in 2025.

A variant of the new EV will cost more than 250,000 euros, a price that Bentley gave up when it stopped selling the Mulsanne limousine in 2020.

“In terms of price, one of the electric vehicles will be more in that Mulsanne price range than anything we have today. It has to be, “Hallmark said.

The higher price for electric cars compared to the range of Bentley combustion engines is not due to the cost of batteries.

“The 12-cylinder engine is about 10 times the price of an average premium car engine, and the average battery is smaller than our 12-cylinder engine,” said Hallmark. “I can’t wait for the batteries, they’re relatively cheap.”

The new EV will be built on the premium electric performance platform developed by Audi, Bentley’s control division within the VW Group.

The platform “gives us the battery technology itself, the propulsion units, the autonomous capacity, the capacity of the connected car, the body systems and some innovations in them,” said Hallmark.

He said Bentley’s attributes were “incorporated in the beginning” rather than the brand having to adapt to a VW Group platform, as it did with the Porsche Panamera platform for Continental GT and Flying Spur.

The design will be updated according to the current look of Bentley, but will not follow a specific trend.

“What we’re not going to do is try to make them look like electric cars,” Hallmark said.