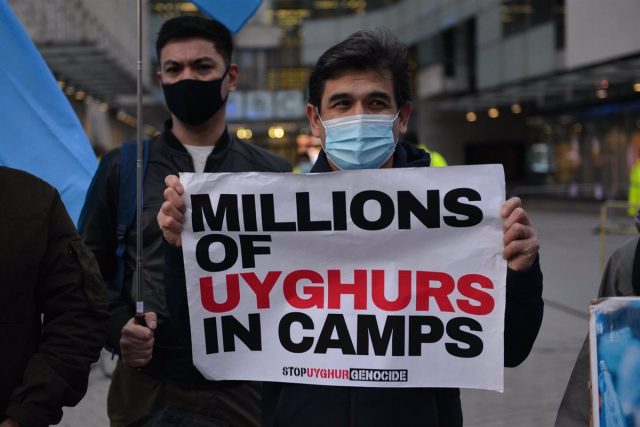 Beijing has denied Friday that during the phone call of Chinese President Xi Jinping with his U.S. counterpart, Joe Biden, the situation in the Xinjiang region, in the northwest of the country, where the Uyghur ethnic minority group resides to a greater extent, was discussed.

Specifically, he was referring to the words of White House spokeswoman Karine Jean-Pierre, who said Friday that Biden raised with Xi “genocide and forced labor practices by the People’s Republic of China.”

Read:  Trump says he may run for a third term in presidential election

“That’s something he raised, on Human Rights, as he always does. That is, as we’ve said, that every time the president has an opportunity, he raises it when he meets with another leader. He called on China to stop committing Human Rights abuses,” he has stressed.

Asked by reporters about the Chinese president’s reaction to this issue, the White House spokeswoman said at a press conference that “he cannot speak for Xi” and that, therefore, “he would have to answer on his own” to this question.

During the exchange between Biden and Xi, which lasted about two hours, according to the US network CNN, the two discussed, in what was their fifth conversation since February 2021, a variety of topics, from the tensions surrounding Taiwan to economic competition and the war in Ukraine, although according to China not the issue of the repression of this Muslim minority.

The Chinese authorities have launched a series of measures in the Xinjiang region that have caused friction between the Asian giant and the international community, especially the United States, which has come to accuse Beijing of committing human rights violations and even genocide against the Uyghur population.