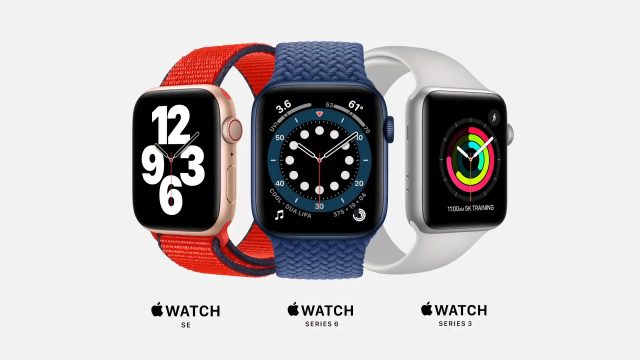 Apple has launched a new free repair program for the Apple Watch, whether the watches are still under warranty or not. It seems that a manufacturing issue affects the 40mm Apple Watch Series 6 models manufactured between April and September 2021. This is manifested by the permanent interruption of the screen, even if the clock is on. The only solution is to send the watch to service to replace the problematic part.

As with other repair programs of this kind, Apple has launched a page on its official website, where you can check whether or not your watch is one of those affected. If you have experienced such problems and their serial number is valid, you can go to an official Apple service (in the countries where it exists) or an authorized Apple service, for a free repair.

Read:  VIDEO: What does a mini electric pickup truck bought for $ 2,000 from China look like after 3 months?

In Romania, Apple’s authorized services are from iStyle, Depanero and Cordon Electronics, which cover such repair programs. However, Apple mentions that if the watch has other problems, which could affect the repair of the screen, those repairs must be done first, which in itself entails a cost. However, if the watch is in good condition and only the display (in this case) is the problem, the repair is free. Of course, a broken display will not be covered by this program.

According to the Apple website, free repairs are available to Apple Watch users for two years from the time they purchase the device. In Europe, such electronic devices are covered by a 2-year warranty, but users in other regions who receive only a one-year warranty will be able to benefit from this program even outside of it.

Read:  When the Galaxy S22 series launches. The date of the event was accidentally revealed