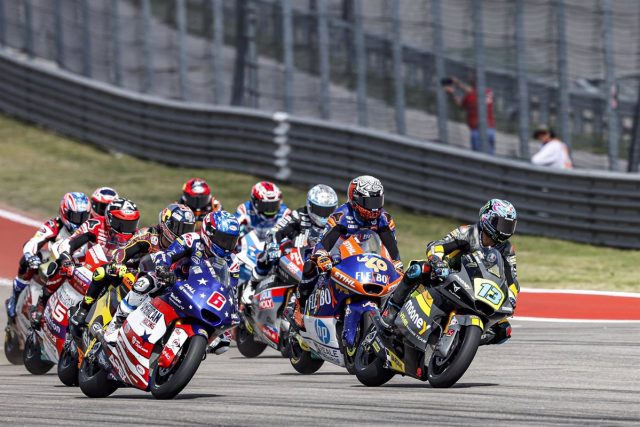 The Spanish Moto2 rider Arón Canet (Kalex) will be a doubt for the Spanish Grand Prix this coming weekend, the sixth round of the Motorcycle World Championship, after undergoing surgery on Monday for the radius fracture that occurred after the fall in the race of the Portuguese Grand Prix.

The Valencian was one of those who was involved in the numerous crash at the Algarve International Circuit and which caused the red flag, and he was one of the victims in the form of physical damage, although he quickly underwent surgery to try to be in Jerez of the Border (Cadiz).

Read:  David Alaba does not train with the group two days before City's visit

Thus, after the Portuguese GP, the FlexBox HP 40 team driver headed for Barcelona and this Monday underwent “successful surgery for the intra-articular fracture of the distal epiphysis of the left radius,” reported his team. Dr. Xavier Mir and his team were in charge of intervening on the Spaniard, with a “percutaneous reduction and internal fixation with compression screws.”

“The pilot of the FlexBox HP 40 will remain hospitalized for 24 hours at the Dexeus University Hospital and will start physiotherapy in 48 hours. The FlexBox HP 40 team appreciates the work of Xavier Mir, head of the ICATME Hand, Elbow and Microsurgery unit, as well as all his team and now it will be the recovery periods that will determine Arón Canet’s participation in the Jerez Grand Prix”, he stated.