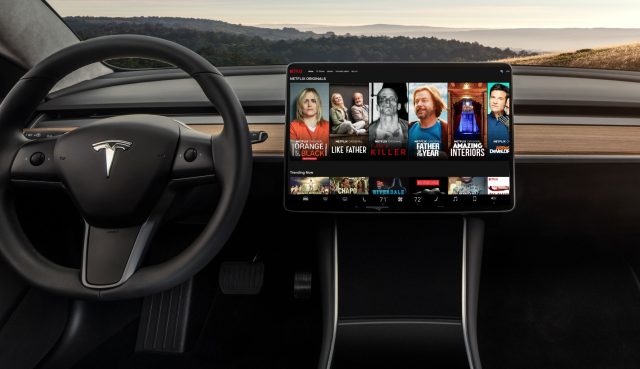 Although there are still no official cars that are officially sold in the UK, the country’s Department of Transport has decided to amend the law to allow video content to be watched on board. Under the new legislation, drivers will be able to watch content that is “unrelated to driving” on board self-driving cars, but not without other conditions that need to be met beforehand. The law could come into force in the summer.

New UK law says you’ll be able to watch video content in a standalone car equipped with a “machine installed in the car that receives TV content”. This means that you will only be able to watch videos, series, or movies on the car while driving, if the screen is integrated into the factory car system. This is because at the same time, you must be prepared at all times to take control of the car in case of an emergency.

If you watch videos on other devices, such as a smartphone, you will not be able to see the warnings of the autonomous driving system that may require assistance to quickly take control of your car. Thus, the use of the mobile phone for any type of activity while driving will be prohibited even in autonomous cars.

However, at this time there are no cars that can be driven autonomously in the UK. This law is being passed as a precautionary measure, as the British authorities expect such cars to arrive in the country before the end of 2022. A more comprehensive bill, which will be better adapted to the existence of autonomous cars, is scheduled for 2025.

Tesla cars with Autopilot, or other cars with driving assistance functions will not be covered by the new law. Tesla’s Full Self-Driving system may be included, but a final version of it has not yet been released. Tesla is currently testing beta-driving capabilities on approximately 100,000 US cars, and first impressions are encouraging, but not 100% positive. Tesla software still faces problems quite often on public roads, and it is necessary to take control in most complicated situations.