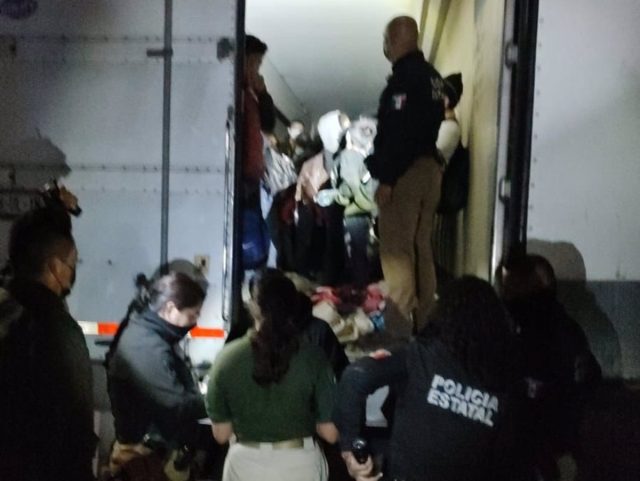 The Mexican National Migration Institute (INM) has reported this Saturday the discovery of at least 92 people, 19 of them minors, crowded inside a trailer when they crossed the state of Coahuila, in northern Mexico, near the border with the United States.

Of the 92 people, all foreigners and who have not proven their regular stay in the country, 53 men, 20 women, as well as 12 boys and 7 girls, have been counted, according to the INM in a statement.

These are 31 people from Honduras, 26 from El Salvador, 17 from Cuba, 12 from Nicaragua, three from Guatemala, and one from Ecuador, Venezuela and Peru, respectively.

In a routine review at the Criminal Justice Center of the city of Saltillo, the police authorities found the migrants inside the vehicle, for which they proceeded to arrest the driver and confiscate the trailer, which have been made available to the Mexican Prosecutor’s Office, according to the newspaper ‘El Financiero’.

As for migrants, adults have been taken to the INM offices with the intention of starting the migration process that defines their legal status in the country. The minors, on the other hand, have been placed under the tutelage of the System for the Integral Development of the Family (DIF), according to the INM.

“The INM endorses its commitment to safe, orderly and regular migration, in accordance with human rights and without undermining its political, economic or social status,” the government agency has maintained.