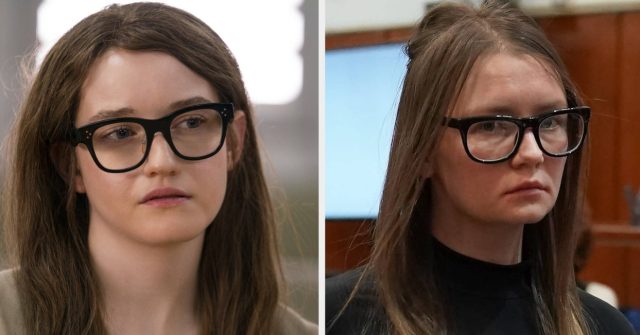 “Inventing Anna” is the latest production from Shonda Rhimes, live on Netflix. The limited series tells the story of Anna Delvey, a Russian woman who invented a role she played more like in Hollywood.

And if the performance of Anna Sorokina (Delvey) was excellent, the woman managed to fool many influential people in New York, swindling them, on this occasion, with a lot of money, it was obvious that her role in the new miniseries created by Shonda Rhimes , could not be played by anyone other than Julia Garner, who also stood out in the past in the series “Ozark”.

Read:  Balthazar, headliner at the Living Rock festival in Tuzla: where to buy tickets

As expected, Anna Sorokina (Delvey) saw the new series, available on Netflix. Regarding the acting performance of Julia Garner, she said that the actress would have visited her beforehand, in order to better understand what she has to do.

“She is OK. He came to see me. She’s a very nice girl, “Sorokina said of Julia Garner in a recent episode of the Forbidden Fruits podcast.

Moreover, Sorokina also said that she would have asked Garner to try to reproduce her accent, a mixture of English, Russian and German.

Read:  Bruce Willis could continue to "act" in movies and commercials: in what form, how technology lends a hand

“It’s so weird to hear someone imitate you. In your head, the voice and the accent sound in a way, only to later find out that in fact, others hear something else. The same thing happens when you watch recordings with you on TV, ”she added.

In the same podcast, host Julia Fox said, “I think Garner exaggerated a little with your accent.”

Anna Sorokina (Delvey) immediately defended the actress: “She plays a version of me from 2015, 2016, 2017. I spent the last few years in the United States, so maybe my focus was different then.”