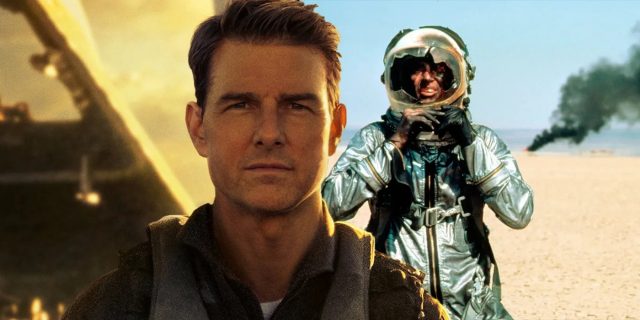 The famous Mach 10 scene that opens Top Gun: Maverick, pays homage to another, from The Right Stuff, a famous 1980s film.

Despite being somewhat overlooked at the time, The Right Stuff became a hit in its own right, only over time, and helped create the best scene in Top Gun: Maverick.

Top Gun: Maverick tells the story of Captain Pete “Maverick” Mitchell (Tom Cruise), a Navy test pilot, who prepares to fly the prototype Darkstar aircraft at Mach 10, or 10 times the speed of sound.

Maverick is stymied by Chester “Hammer” Cain (Ed Harris), who wants to put Darkstar out of business in favor of his drone program. Maverick flies the prototype at Mach 10, without permission, to save the program and the careers of the people he works with. Flying at Mach 10 makes Maverick the fastest man alive.

Read:  Volkswagen hopes to win: what do you expect from electric cars

However, Maverick decides to push the limits beyond Mach 10 and, as a result, destroys the aircraft. Despite the crash, Maverick emerges from the wreckage and manages to save himself. This scene can be viewed in parallel with the climax of The Right Stuff.

Top Gun 2 was inspired by The Right Stuff and won

In The Right Stuff, pilot Chuck Yeager (played by Sam Shepard) takes over the Lockheed NF-104A, an aerospace training aircraft. Yeager attempts to break a record, just like Maverick in Top Gun, by flying higher than anyone else before him. When Yeager tries to break the limits, like Maverick going over Mach 10, things start to go wrong and the plane crashes. Yeager is forced to eject and, in turn, survives.

Despite not being well received in the cinema, in 1983 The Right Stuff received critical acclaim and was even nominated for Best Picture at the 1984 Academy Awards.

The film’s subsequent influence on Top Gun: Maverick is also ticked off by Ed Harris, who also played astronaut John Glenn in the 1983 film.