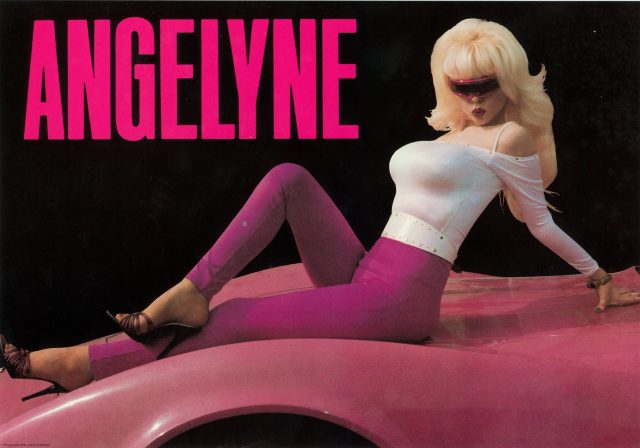 A new trailer for Angelyne features an unrecognizable Emmy Rossum. Angelyne is a limited series created by Nancy Oliver, who previously wrote for Six Feet Under and True Blood.

Angelyne, with Emmy Rossum, debuts on Peacock in the spring

Angelyne is a fictional account of Ronia Tamar Goldberg’s real experiences in 1980s Hollywood. Goldberg took the stage name Angelyne and began putting up billboards all over Los Angeles, advertising her. It thus became a marketing success, which led to acting roles in films such as Earth Girls Are Easy.

Read:  2022 sounds good: Netflix has released a joint trailer for all the productions that will be released this year

The new Angelyne trailer, shared on YouTube by Peacock, reveals the launch date of the series on May 19, after she showed Rossum with a blonde wig and a pink outfit climbing into her obviously pink corvette. Watch the video trailer below.

An extended trailer for Angelyne was released last year, featuring Rossum’s interpretation and the actual filming of Goldberg in the 1980s, which highlights the unique nature of the story. However, no release date has been announced at that time.

Although it is based on real events, it is said that the series has creative scenes, acting more as a tribute than as a factual story. As for Rossum, she has been more than capable over the years, earning several nominations for her role as Fiona in Shameless and even being nominated for Best Golden Globe Actress for The Phantom of the Opera. For those looking forward to Rossum’s transformative rendition of Angelyne, the series is set to debut this spring on Peacock.

Read:  Gal Gadot, in a new spy movie on Netflix: the actress gave details on Twitter