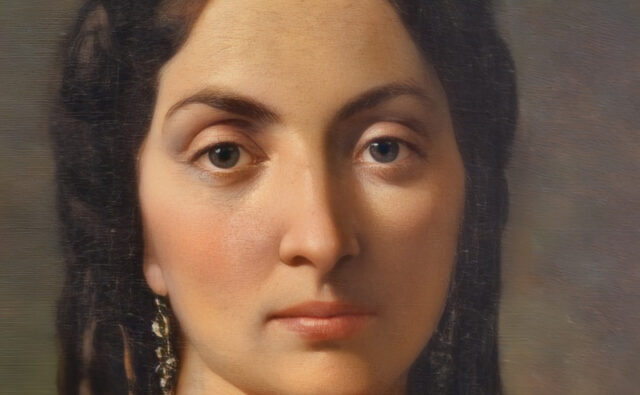 The Bohemian Ana Davila was one of the most generous women in the high society of her time and, together with Elena Cuza, cared for hundreds of orphaned girls.

Ana Davila, a philanthropist in the true sense of the word

Ana Davila was born in 1834 in Craiova, one of nine children of Ana Racoviță and Alexandru Racoviță. Moreover, she was the granddaughter of the noblemen Dinicu Golescu and Zinca Golescu.

As her father belonged to a great Romanian noble family, which had given many rulers to both the Romanian Country and Moldavia, including Constantin Racoviță, Ștefan Racoviță and Mihai Racoviță, the one who was to become, by marriage, Ana Davila, seemed to have a happy life assured – at least financially.

His childhood was spent with his sisters in Golești, in the former Muscel county. Here, the Racoviță girls learned the most beautiful and diverse folk traditions, under the guidance and encouragement of their grandfather, Dinicu Golescu.

In 1961, Ana married Carol Davila, and the union was to take place, as expected, in Golești. At the wedding they wore folk clothes and followed ancient traditions.

Immediately after her marriage, Ana Davila took over the asylum for orphan girls, the one founded by her husband himself.

At the same time, she took steps to support several charitable institutions, helped by the ladies of high society at the time, with whom she had a close friendship. Among those who gave Ana Davila a helping hand was Elena Cuza, wife of the ruler Alexandru Ioan Cuza.

The latter managed, with the help of a cheque, to construct new buildings for the asylum. Thanks to her efforts, the asylum was named “Elena Doamna”.

At the same time, Ana Davila did not sit idly by, but became personally involved in the care of the 330 orphan girls living under the roof of the asylum.

“From then on the children were cared for by Mrs Ana Davila, as director of the institute. This unpaid director is for the children a mother in the true sense of the word”. The girls were given normal schooling, “for those who had an aptitude for learning”, and practical training in tailoring and weaving workshops, for orphans who “had no aptitude for books”, wrote G.M. Ionescu, at one time, about Ana Davila.

In turn, Ana had four children with Carol, including Alexandru, who became a director and then director of the National Theatre in Bucharest, Elena, who devoted herself to writing and wrote the family biography, Zoe and Carol Nicolae.

The tragic death of Ana Davila

Despite having done countless good deeds in her life, fate would not be on her side, so Ana Davila ended in an almost ironic and, no doubt, extremely tragic way.

She closed her eyes for the last time on 13 January 1874, at the age of 40, following a medical error that proved fatal.

In her family biography, her daughter recounted that while attending a conference given by Carol Davila, along with other doctors, chemists and pharmacists at Colțea Hospital, Ana Davila began to feel ill, declaring that she had a severe headache.

The Swiss chemist Bernad Landwey, who was also at the conference, suggested bringing her quinine powder, a painkiller commonly used at the time to relieve migraines.

Inadvertently, however, he took a bottle of strychnine from the hospital pharmacy, not realizing that it was on a shelf higher than the quinine, and so killed Ana Davila.

As the poisonous substance did not take effect immediately, the woman managed to leave the premises in order to go to a shop to buy a present. In front of the shop, she fell and died on the spot.

In her wake, Ana Davila left nothing but grief. Her death was long mourned by the orphans she so lovingly cared for. Her mission at the orphanage was continued by her husband.

In turn, Bernad Landwey died of dementia brought on by the shock of killing Ana Davila.