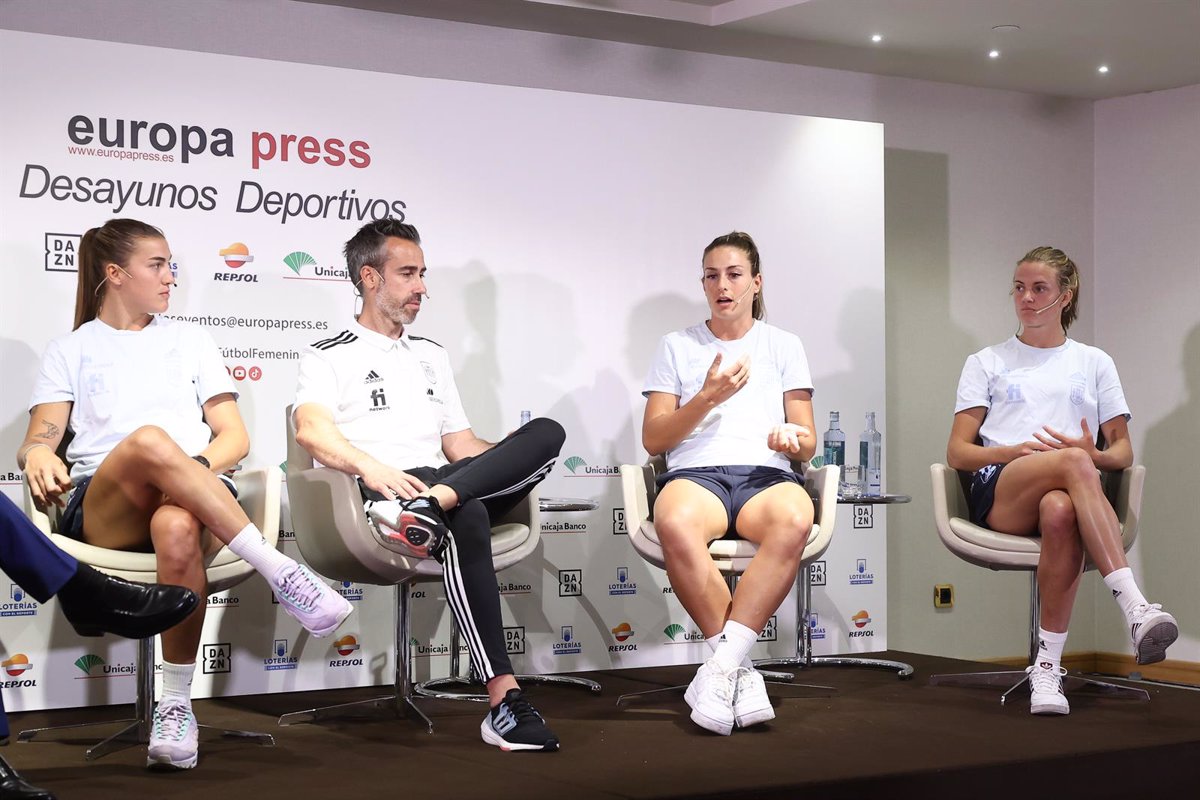 The player of the Spanish soccer team Alexia Putellas highlighted this Wednesday that “it was about time” that they were at the level of the best, but that in the case of the national team it had to be “something express” because they took them “many many years” advantage, and admitted that “Two or three very exciting years are coming”starting with a European Championship to which they go “with great desire and ambition”but also “With your feet on the ground”.

“We don’t have complexes, we feel we can and we are going to compete against anyone in the European Championship. I attribute this to the fact that it was a matter of time because the other countries have been working for many years before us and for us it has been something express to get to the top level as soon as possible so that we could compete”expressed Alexia Putellas during her participation in the Europa Press ‘Sports Breakfasts’ sponsored by Repsol, Loterías y Apuestas del Estado, DAZN and Unicaja Banco.

For the Catalan, they have already reached “that competitive level” and that “it took a while because in the end there was an investment”. “We needed time because this takes work”he indicated, remembering that when he was “small” did not have “certified trainers”. “Now the Barca girls have internalized many things and they are going to be much better than us, and the fans are going to enjoy it more because their baggage is greater than ours”he stressed.

The ‘Golden Ball’ arrives “with a huge illusion” ahead of the European Championship next month. “And if the first day they give you ‘power points’ of all the tools and improvements that we are going to have from the ‘staff’ so that it translates into performance improvements, if you come motivated, you have another ‘firecracker’ of motivation”commented.

“We are going with a lot of desire and a lot of ambition, but also with our feet on the ground because it is going to be complicated. We are now in the set-up and day after day we are putting work in the backpack”stressed Alexia Putellas.

The midfielder is sure to do well in the EURO “its the only thing” what is in their heads and what are they putting in them “all the energy” from the beginning of the season. “If you set yourself medium-term goals, the EURO is without a doubt one of them. We know that there are two or three very exciting years ahead with the national team”he warned.

And it is that after the continental tournament and the World Cup next year, for which they are already qualified, the challenge of qualifying for the 2024 Paris Olympics would remain. “It would be a dream to be able to play the European Championship, the World Cup and the Games. If everything happens as we want it to happen in the head, then see you later and thank you. This is what we want these three years”stressed that of Mollet del Valles.

Read:  Marc Márquez will run the Grand Prix of the Americas

The midfielder also made it clear that she does not have a second ‘Golden Ball’ in her mind. “I didn’t think of the first…”he confessed. “My energy is one hundred percent in the European Championship because we want to do something great. We have a lot of enthusiasm and a lot of confidence, and really that is the only important thing”settled.

Alexia acknowledged that she had “many idols” when I was a girl with “Rivaldo, the first”and then already “Xavi, Messi and Iniesta”. “When I was older I began to worry about women’s teams and I took on female role models like Nadine Kessler. Whenever I could I watched her videos and tried to learn what they did”he claimed.

Finally, he referred to the bad moment that happened and in which he was thinking of leaving FC Barcelona. “They were years in which we did not get the League. I love Barça and what came out of me was to meet with the sports director and tell him that he was in his hands, that if he needed a radical change he was willing to accept it”he recalled.