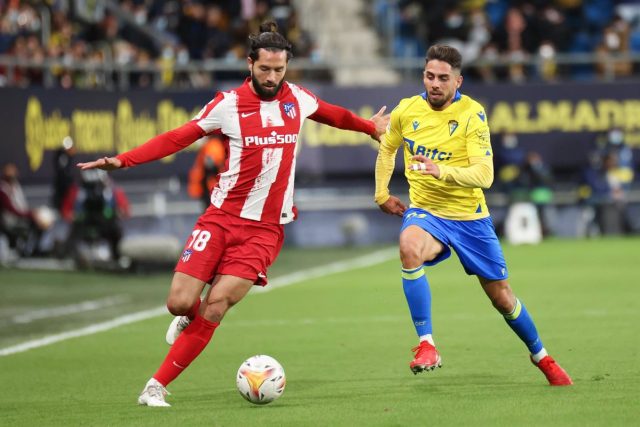 Atlético de Madrid will be in charge of opening matchday 28 in the Santander League in their match against Cádiz at the Wanda Metropolitano, on Friday, March 11 (9:00 p.m.), to have more rest before facing the round of 16 of the ‘Champions’ against Manchester United.

The mattresses debut this season on a Friday, in a match that will be played four days before traveling to England to settle the ‘Champions’ tie that begins this Wednesday in Madrid with the first leg.

Furthermore, in other matches on matchday 28 in the First Division, Sevilla will visit Vallecas on Sunday the 13th –at 2:00 p.m.–; and Betis will receive Athletic Club at the Benito Villamarín in the following slot, at 4:15 p.m.

Read:  Marc Márquez: "I want to fight for a title with Honda, not with others"

For its part, Real Madrid will play on Monday, March 14, against RCD Mallorca in a match that will be scheduled for the whites between the second leg with Paris Saint-Germain in the ‘Champions’ and the ‘Clásico’ in league, which will arrive on following weekend. Barça receives Osasuna on matchday 28 on Sunday 13 at 9:00 p.m.