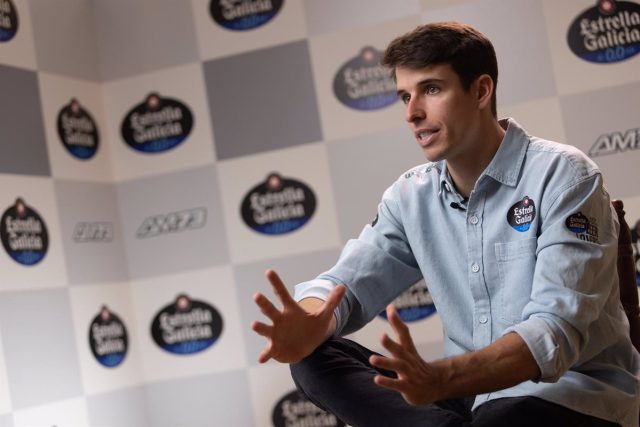 “Marc takes a weight off his shoulders, it’s been many months suffering in silence”

The Spanish MotoGP rider Álex Márquez (Honda) acknowledged that the momentary absence of his brother Marc in the World Championship, undergoing the fourth operation on his right shoulder, “doesn’t change anything” because “Honda continues to have riders to test things”, for what he wants is an eight-time return to the Repsol Honda Team with a “much more competitive” bike.

“Honda continues to have Pol Espargaró, Takaaki Nakagami and me to try things and improve. We will continue to insist, whether Marc is there or not. Hopefully when he returns there will be a much more competitive bike,” Álex Márquez assured in an interview with Europa Press at the preview of the 2022 Catalan GP of MotoGP.

Asked about his brother’s operation, this Thursday in the United States, which is why he will momentarily stop competing in the World Cup, Álex admitted that they are “many months dragging pain in silence.” In this sense, he recognized that his brother “takes a weight off” with the intervention.

Thus, the first Grand Prix that Marc Márquez will miss will be at home, in Catalonia. “Health is ahead of everything and in the end the terms of his operation coincided. There is no need to continue extending it. It is better to stop, have surgery and that the fans can enjoy him in other races being one hundred percent”, he valued.

Read:  Everton catches air against Newcastle with a goal in the 99th minute

On the other hand, Álex Márquez highlighted his joy at contesting a “very special” race in front of his fans. “It is true that we did not arrive in the situation that we would like in terms of sensations, but what better circuit to change dynamics than the one at home,” said the Márquez’s little brother, who hopes to have “one more extra” thanks to the support of the hobby to scratch a few tenths.

“Motivation is good, but a bad move can happen to you. You can make more mistakes or push more than you should. We have seen that it is a bike that has to be accompanied a lot, it is a process that hopefully people give us that last tenth or two tenths to be ahead,” he said. Along these lines, the man from Cervera recalled that last year they suffered “a lot” with the ‘grip’ and he hopes to begin to “really” enjoy this Grand Prix.

The pilot was critical of their start to the season and compared the situation with last season, where they managed to improve after the summer break. “We took a very important step forward. It can happen again. On Monday we have a test that can mark the way to continue improving”, he explained, as he trusts the Circuit de Barcelona-Catalunya to start the second stage of the season with good results .

INSISTS ON SQUEEZING THE HONDA TO BE ‘TOP 8’

“Honda has all the potential to make a very competitive bike. You just have to know where to get it and what is the weak point to improve. The solution needs to be found, with such a new motorcycle prototype it is difficult to find faults,” he recalled.

The World Championship arrives this week in Catalonia, after the last round in Mugello (Italian GP), where the youngest of the Márquez family finished the race in 14th position. “I made a mistake when I was with Nakagami and Marc, and I lost my rhythm. But in terms of sensations, he was one of the best, a good sign to face this Grand Prix”, he pointed out.

Álex Márquez will arrive at the ninth round of the championship in 18th position in the Drivers’ World Championship. “My goal is still the ‘Top 8’. If there is something this season has, it is that it is very long. We have to keep insisting because with a small improvement we will be further ahead, the category is very tight”, acknowledged the pilot, who hopes to be able to fight for the desired positions this weekend in the “home” Grand Prix.