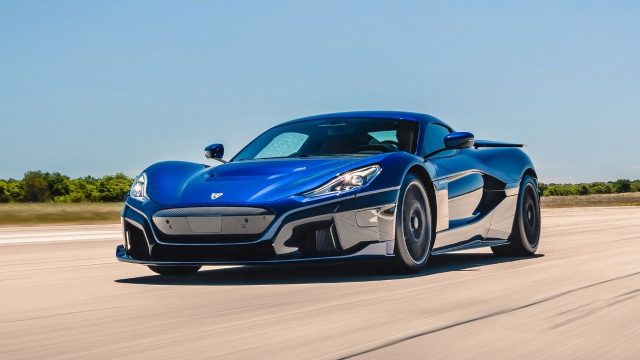 The Rimac Group has raised another 500 million euros to build the future Porsche, Bugatti and Koenigsegg.

SoftBank Vision Fund 2 and Goldman Sachs Asset Management led the most recent round of financing, which also included shareholders Rimac Investindustrial and Porsche.

Mate Rimac, who founded his eponymous company in a garage in 2009, remains the largest shareholder.

“It’s great to have Porsche on board, but you know, we don’t want to be completely dependent on them,” Rimac said. Porsche owns a 45% stake in Bugatti Rimac, a company formed in 2021 between Bugatti, Porsche and Rimac.

The Croatian-based group oversees the production of such multi-million dollar supercars as Bugatti Chiron and Bugatti Bolide, plus future vehicles bearing the Rimac brand name, such as the $ 2.4 million Rimac Nevera electric hypercar. The refrigerator will have its first deliveries to customers in the “next few weeks,” said Mate Rimac.

Mate Rimac said he plans to use the extra funds to hire another 700 workers and, by next year, complete the construction of a campus and a factory that can accommodate 2,500 people – the largest such complex in Croatia, according to Rimac .

It was unclear how large the campus was, some Rimac documents claiming 25 acres and others claiming 50 acres. The space will be used to build Rimac supercars, Bugatti supercars and other state-of-the-art vehicles that the company has refused to name.

Read:  Important change for Dacia: what happens to the Spring model, how it affects you

“Most of the capital will actually be used for expansion to meet the demand for batteries and propulsion systems and other systems to help the automotive industry become electric,” said Mate Rimac.

Rimac Technology will produce tens of thousands of components annually, with products ranging from hybrid and fully electric battery systems to fully rolling chassis, he said.

Such vehicles, technology and components could reach existing customers who said they would sell hybrid and electric vehicles, such as the Koenigsegg Gemera, Aston Martin Valkyrie and Porsche 718.

“We are already convinced of the company’s potential in 2018 and we are excited to be able to contribute to its current progress and success through our commitment,” said Lutz Meschke, vice president of Porsche’s executive board, in a statement on the latest infusion of funds.

“With new investors on board, Rimac continues to expand its position in electromobility and thus become an even stronger partner for Porsche.”

The announcement comes after strong progress for the not-so-attractive brand and its unusually bold founder. Last year it received 150 orders for Bugatti cars, a record number, which sold all its vehicles by 2025.

Read:  General Motors and LG are working together: what they are going to build

The $ 4.7 million Bolide hypermarket sold all its 40-unit allowances two months after its debut.

Against the backdrop of this growth, Rimac has dispelled rumors that one of its existing partnerships with Hyundai would be sour. In 2019, Hyundai and Kia invested $ 90 million in the Croatian company to develop at least two partnership vehicles – a fully electric version of Hyundai’s N sports car and a high-performance fuel cell vehicle.

A company spokesman did not immediately respond to a request for comment on when production for the two vehicles will begin.

“The growth has been quite persistent over time,” Mate Rimac said of the company’s number of employees. “We practically double every year and a half to two years.”

Unlike the large market for luxury sedans such as the Mercedes-Maybach S-Class, Rimac’s growth does not come from representative offices in China. Instead, it comes from Europe and North America.

“Wealthy Chinese shoppers do not usually buy supercars in China for various reasons,” he said, noting the regulatory challenges that make selling supercars in mainland China complicated and expensive. “He usually buys them in London, Sydney or Toronto, in the western cities where they have their other residences.”