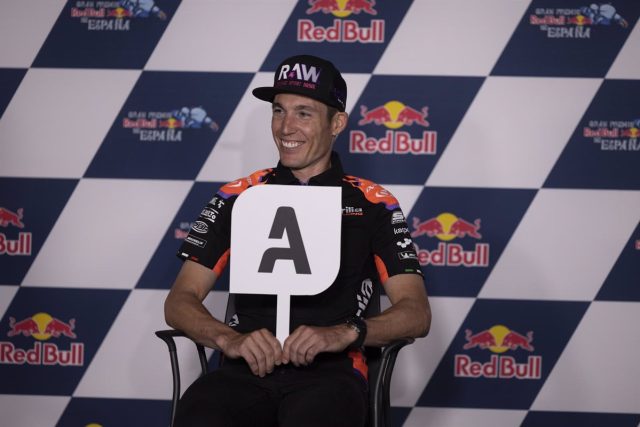 The Spanish MotoGP rider Aleix Espargaró (Aprilia), second in the World Championship seven points behind the Frenchman Fabio Quartararo (Yamaha), assured that his first part of the season “is being fantastic” and that he hopes that this weekend at the Grand Prix ​​de France may be “competitive” again.

“This first part of the season has been fantastic, I have really enjoyed the potential of the bike, which is clearly better. We are just seven points behind Fabio, although it is difficult to predict how the bike will perform this year at Le Mans because In previous years it has been strange due to the weather conditions. We have been competitive in all the circuits and we have to prepare ourselves from FP1”, stressed Aleix Espargaró at the press conference prior to the French Grand Prix.

The Catalan pointed out that the tester Lorenzo Salvadori has been able to try “many things driving in the last two races” and that he also had “new elements” in the test after the Spanish Grand Prix. “I will try a couple of things at Mugello and at Le Mans we are going to have a carbon clutch for the first time which is better because it is lighter for the start. Aprilia is working hard to reduce gaps where we can improve and the start was one of them. , they have done a good job”, he affirmed about the need to improve in the starts.

Read:  Bastianini, Augusto Fernández and Foggia rule in the contact with Le Mans

Regarding his future, he warned that everything has changed with the more than possible departure of Suzuki and “the possible change of the second Yamaha team.” “There are rumors that Aprilia is going to have a satellite team, which would be fantastic, but it’s all hearsay and I try to focus on driving, which is what counts. I have to try to be as close as possible to Fabio or cut points from him, which is what will change the most for me,” he settled.