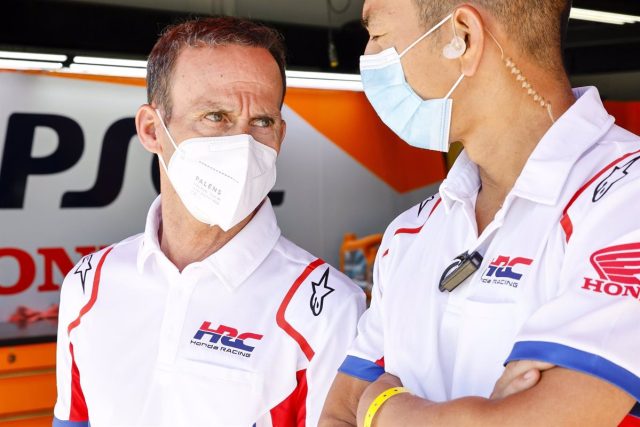 The Repsol Honda team manager, Alberto Puig, stressed that Marc Márquez’s objective is not to fight for fourth place but to fight for the podium and for victories, although he believes that fourth place in the last Spanish Grand Prix in Jerez It was good according to what was seen over the weekend.

“Of course, Marc’s goal is not to finish fourth or sixth, his goal, and also that of the Repsol Honda team, is to win races and titles. This is the only goal,” he said in statements provided by the team.

For Puig, Márquez’s fourth place in Jerez was not bad. “It wasn’t a bad race. I think Marc Márquez did a good job. It wasn’t an easy weekend, it cost us a bit, but Marc got a good result with an exciting race and it’s encouraging after his sensations were not so good in Portimao”, he clarified.

“He handled the situation well throughout the race, he kept up a good battle with the riders around him and he saved a crash; he hadn’t done it for a long time. We are working to fix the points on the bike that still don’t work and this process is underway,” he commented on the expected improvements to the bike.

On the other hand, he regretted that Pol Espargaró could not do a better race, being eleventh. “He couldn’t get a good position in the first few laps, so it wasn’t that easy in the end. He had the speed this weekend, but unfortunately we couldn’t find a good set-up and it wasn’t possible to get a good result,” he said.