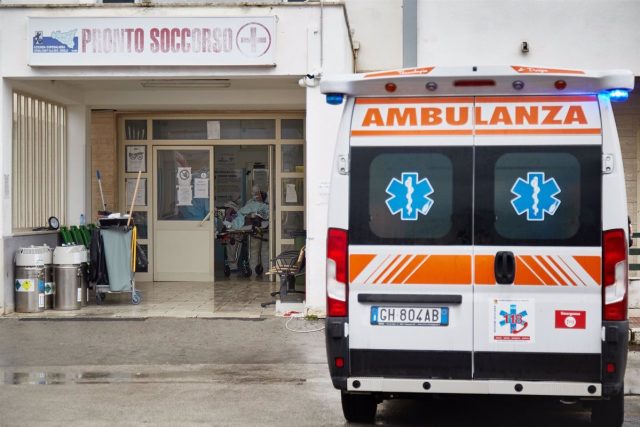 Dozens of African immigrants have rallied in Civitanova Marche to protest the daylight murder of a Nigerian homeless man who was assaulted by an Italian last Friday in this city without anyone doing anything to help him.

“We want justice!”, African immigrants have chanted in the same place where the Nigerian Alika Ogorchukwu was assaulted and assaulted to death in one of the most important streets of the town of Civitanova Marche. There are bouquets of flowers and posters in memory of the deceased immigrant, reports the Italian press.

The aggressor is Filippo Ferlazzo, an Italian now arrested and whose lawyer, Roberta Bizzarri, has announced that she will ask for a psychiatric report because he has a recognized 100 percent civil disability for psychiatric problems and would be diagnosed with a bipolar disorder and for being borderline. “What have I done? I didn’t want to. I don’t know how it could have happened (…). I’m sorry, I apologize,” Ferlazzo told his lawyer, as related by the latter.

For Ogorchukwu’s family, “Ferlazzo’s apology is not enough.” “Now we just need justice and not revenge. It is difficult to understand what happened,” said a lawyer and spokesman for the family, Francesco Mantella. The lawyer has wondered “what would have happened if Alika had been Italian or American.”

“If there is a psychiatric opinion that fits the causes of the murder of Alika, we must reflect: if Ferlazzo had a guardian, it seems that it was the mother, why was he not supervised? We will have to start a series of checks,” has argued Mantella.

Read:  United Nations confirms more than 1,700 civilians killed and more than 2,300 wounded in the invasion of Ukraine

Ogorchukwu, 39, approached Ferlazzo and his partner on Friday as the two were walking through a shopping area in Civitanova Marche and tried to sell them tissues and ask for money, apparently insistently. The woman went into a clothing store and did not notice that Ferlazzo went back for the Nigerian, attacked him with the very crutch the homeless man was carrying and then got on top of him and beat him until he lost his life.

Bystanders called the Police, but did nothing to immediately save the life of Ogorchukwu, whose death has been condemned by the entire Italian political spectrum.