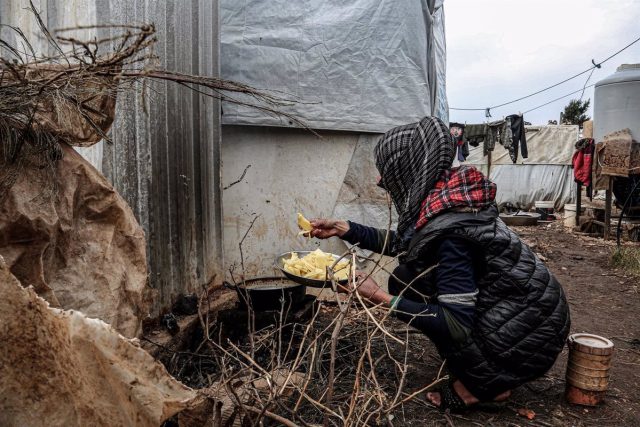 The Lebanese Labor Minister, Mustafa Bayram, has warned the United Nations that the country can barely afford to care for the Syrian refugees living within its borders due to the very serious economic crisis that the Lebanese are going through, and has asked the international institution that increases its collaboration.

The country is going through a situation unseen for a quarter of a century and that since the end of 2019 has reached a critical point where the collapse of the currency, the increase in inflation to triple digits and cuts in the energy supply have coincided. , added to the endemic discontent of the population with the corruption that has prevailed for years in the country, have turned Lebanon into a social hotbed.

To all this we must add that the legislative elections could further paralyze national politics in a country that usually takes months to elect its prime minister due to the frictions arising from its complex system of government.

“We no longer have diesel boats to monitor the sea. The United Nations and its refugee agency (UNHCR) must step forward and assume their responsibilities because the Lebanese are queuing at the banks while others receive direct aid in dollars,” has manifested.

“The refugees share the water that we drink and the electricity that we consume and we do not receive anything. The international institutions and the international donors are closing agreements to pay these people in dollars without going through the State. In all frankness, this uncontrolled situation is already It’s not acceptable,” he added.

For his part, the Minister of Social Affairs, Hector Hajjar, held a meeting with the UNHCR representative in Lebanon, Ayaki Ito, to whom he conveyed the urgency of the situation.

Although the minister assured that Lebanon remains committed to the principle of never imposing the return of refugees to Syria, he lamented that “Lebanon has always received less aid than it needs despite the fact that 35 percent of its population they are displaced and refugees,” according to comments collected by Arab News.

“We incur huge losses every year because the displaced benefit from subsidies on basic products, without taking into account negative factors such as the chaotic security situation they cause, the overcrowding of our prisons and the competition in the labor market,” he said. manifested.

In response, the UNHCR representative has asked Lebanon to keep its commitments after recalling that the country has received almost 9,000 million dollars since 2015 to care for the displaced and refugee population within its borders. In addition, he has ensured that the refugees receive cash in the form of Lebanese pounds, and not in dollars.

“While UNHCR recognizes the immense challenges Lebanon currently faces, it also highlights the critical need to continue to uphold the principles of refugee protection in Lebanon, including the principle of non-refoulement and the right to voluntary repatriation in safety and dignity.” , has made known through a statement.

However, the UNHCR representative “also reiterates the need for refugees to respect Lebanese national laws”, before making a general appeal “to the international community to continue supporting Lebanon and its people in need”.