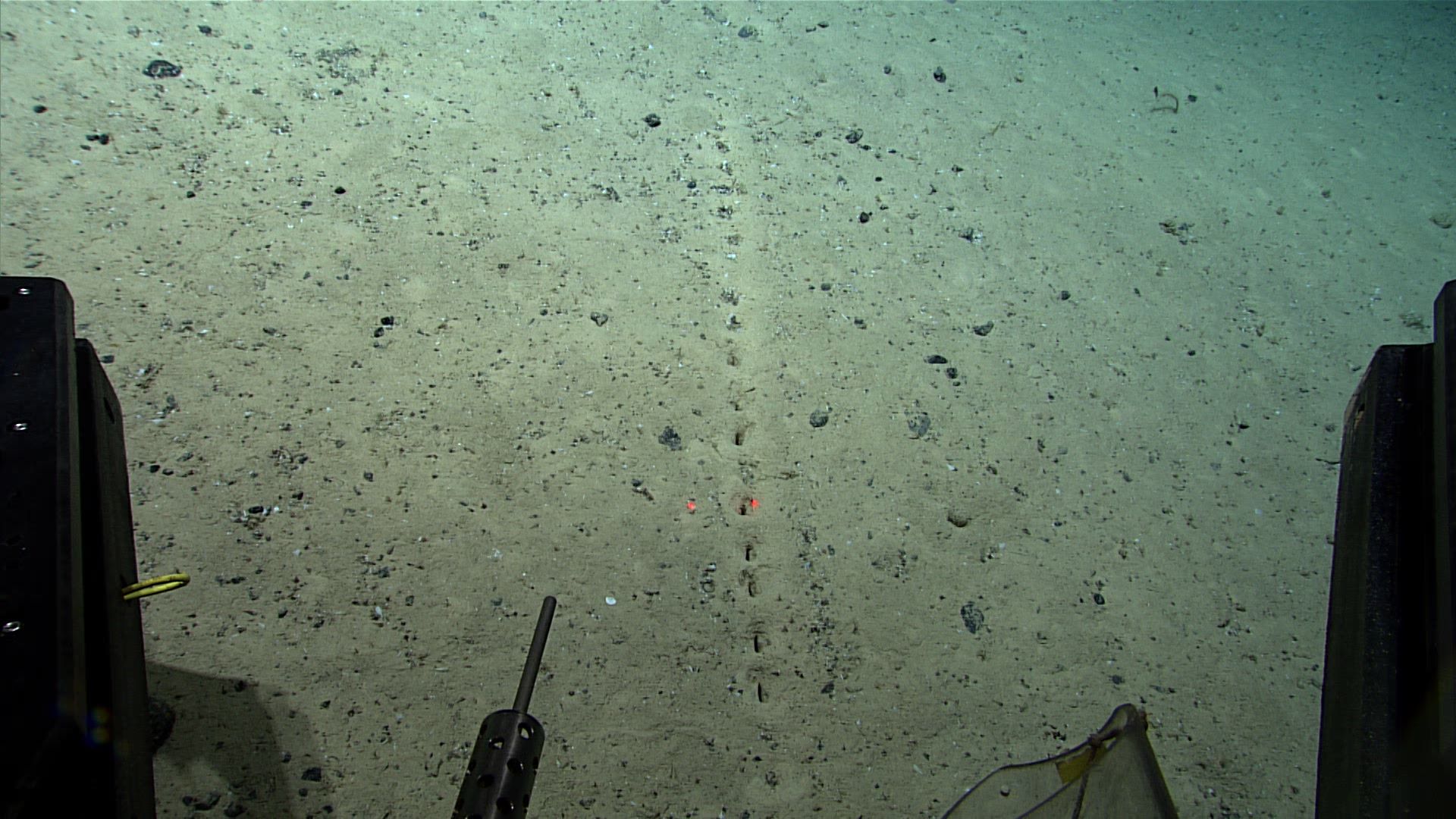 During an expedition to the Atlantic Ridge, scientists came across something strange: small holes in the ocean floor, arranged in relatively straight lines.

The holes look as if they were made with a human tool and are found at a depth of about 2.5 kilometers.

The discovery was made by researchers from the US National Oceanic and Atmospheric Administration (NOAA) aboard the Okeanos Explorer. They used a robot submersible to explore the ocean floor north of the Azores.

NOAA has asked for the public’s help to find out what these holes might be. “The holes appear to be man-made, but the small piles of sediment around them suggest that they were excavated by… something. What’s your hypothesis?” wrote NOAA on Twitter.

On Saturday’s #Okeanos dive, we saw several sublinear sets of holes in the seafloor. The origin of the holes has scientists stumped. The holes look human made, but the little piles of sediment around them suggest they were excavated by…something.

A week after the discovery, the researchers came across four new sets of holes within 483 kilometers of the first, at a depth of 1.6 kilometers.

Also read > VIDEO: Unexpected discovery made by scientists under Antarctic ice 900 m below the surface

Such ‘lines’ were first discovered in 2004, and since then no one has been able to figure out what lies behind them. Some researchers have suggested that the holes are produced by an organism. However, in recent research, NOAA has not detected any animals near them.

Unusual discoveries are sure to be made in the world’s oceans. Less than 20% of their bottoms have been explored and mapped.