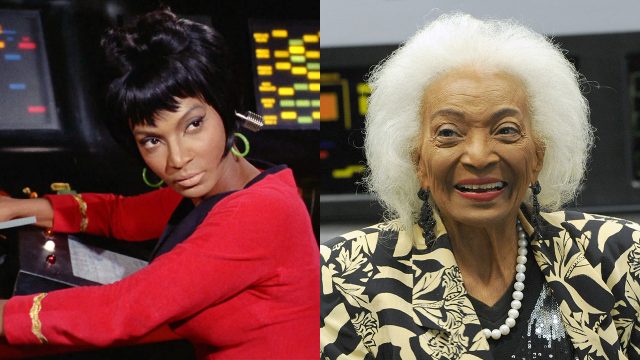 The actress, best known for her role as Nyote Uhura in Star Trek: The Original Series, has died, and the sad news was posted by her son Kyle Johnson himself on Instagram.

“Sadly, another star has fallen, and she will no longer light us up as she has for years,” he wrote on Instagram, continuing: “Her life was lived to the fullest and she was a worthy role model for us all.”

Nichelle Nichols to reunite with Spock, Scotty and Bones

Although her name may not say much to the general population, it says absolutely everything to a true Star Trek fan.

Nichelle Nichols thrived in a Hollywood where it was hard enough to be a woman, let alone a black woman. Yet she managed to land one of the lead roles in the most “unplugged” sci-fi series of the moment, Star Trek: The Original Series.

Over the years, Nichelle Nichols even worked with NASA, which brought her much closer to her character, Nyota Uhura.

She also participated in the “christening” of the Space Shuttle Enterprise in 1976, alongside Star Trek creator Gene Roddenberry and much of the cast of the original series.

Read:  Pulp Fiction could have been different: the scene that changed everything. What Samuel L. Jackson confessed

In 2015, she also flew aboard NASA’s SOFIA telescope for eight hours.

Nichelle Nichols has even received a star on Hollywood’s famous Walk of Fame.

Clearly, all fans of Star Trek: Original Series fully mourn the passing of the one who played the role of Lieutenant Uhura so softly and powerfully at the same time, especially in difficult times.

It should be remembered that, at this time, the only actors still alive from the Original Series are William Shatner and George Takey.