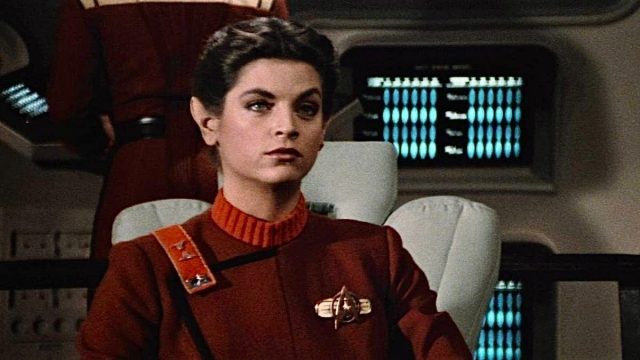 She was 71 and had been suffering from cancer, according to a statement released by her family.

“We sadly inform you that our incredible, brave and loving mother has passed away,” her children wrote.

Kirstie Alley won an Emmy Award throughout her career for her role on the popular television series mentioned above.

Born in Wichita, Kansas, the actress has also appeared in films including Star Trek II: The Wrath of Khan, Drop Dead Gorgeous, and the series Look Who’s Talking.

The family statement did not reveal what type of cancer Alley had, but it was noted that the disease was “recently discovered”.

“She was surrounded by the most loving family and fought with great strength, leaving us a legacy of her unending joy of life and her characteristic spirit of adventure,” the statement added. “As iconic as she used to be on screen, she was as loving as a mother and grandmother.”

Family members also praised her “appetite and passion for life, as well as the dedication she displayed to her children, grandchildren and her many animals, not to mention her undying joy in creating.”

Read:  Europe's cheapest city for holidays: where to take a city break and come home with money

John Travolta, who co-starred with Alley in Look Who’s Talking, also posted a tribute on Instagram: “Kirstie and I had one of the best relationships ever. I love you Kirstie,” he wrote, also posting a photo with the actress. “I know we’ll see each other again.”

Kirstie Alley starred in 147 episodes after joining the sitcom Cheers at the height of its popularity, and continued to appear on the small screen until the final episode in 1993.

In 1993, she won a second Emmy Award for Best Actress in a Leading Role, this time for David’s Mother.

REVIEW Everything Everywhere All at Once – one of this year’s weirdest Oscar movies: why it has a good chance of winning