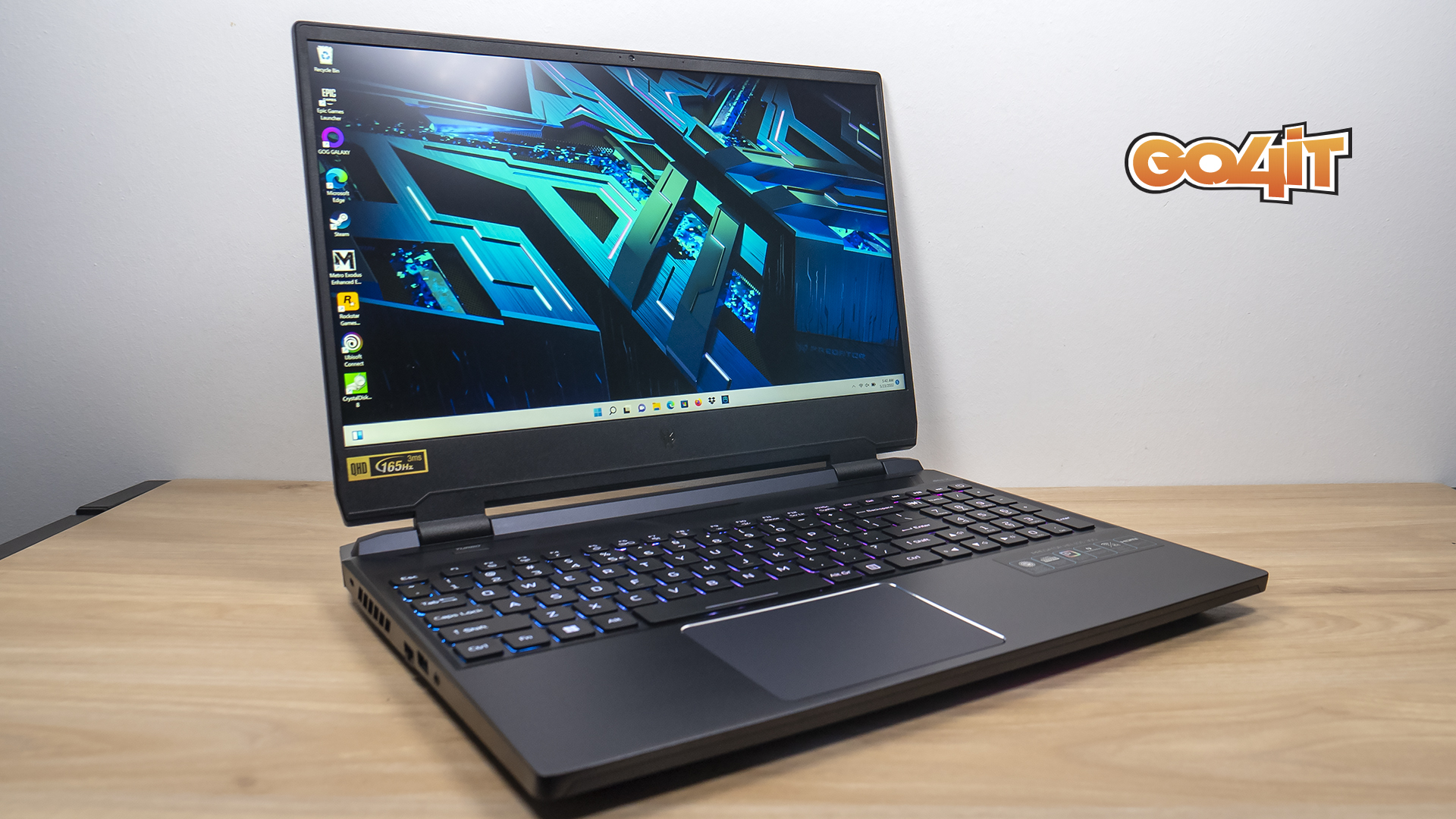 Acer’s Predator Helios 300 series of gaming laptops is one of the most consistent on the market, offering a good balance between high performance and an average price. These laptops are not made, like other more expensive series, for compact dimensions, and come with a more conservative design, but with all the latest generation components that we expect from gaming laptops. The 2022 edition brings the expected upgrade for this series following the latest releases from Intel and NVIDIA.

The Acer Predator Helios 300 is more of an internal refresh

Predator Helios 300 has not changed much in recent years in terms of design. This is a large laptop with a significant profile, which means that inside we are dealing with a considerable cooling system. Multiple ventilation slots can be seen on the sides and back, and the bottom cover has enough space to draw cold air. Thus, the Predator Helios 300 is not the kind of laptop to replace an ultrabook, but a kind of “desktop replacement”, weighing over 2.5 kg and with a large and heavy plug adapter with a power of 330W. This is needed to power the Alder Lake i7 processor and NVIDIA’s RTX 3070 Ti GPU.

Something that allows larger laptops and we do not see the compact ones is the presence of multiple connectivity ports. We have two USB Type-A ports on the right, a USB-A port, an Ethernet port for wired networking and a headphone jack on the left, but also ports on the back. There we find the round power port, a Thunderbolt port with USB-C interface, and two video ports: an HDMI 2.1 and a mini-DisplayPort. Basically, multiple monitors can be connected using these three ports to this laptop. The only thing that seems to be missing is a card reader. What I appreciated about this design is that the power supply does not interfere with use, as we see in other laptops.

Acer has integrated a “regular” keyboard on this model, the same one we have known for several years, with RGB lighting, and a numpad on the right and a simple trackpad, without buttons, modern and can be used comfortably in activities productivity. Just as Acer is used to integrating into its gaming models, there is a Turbo button at the top. Unlike other manufacturers, Acer retains the 16: 9 aspect ratio

Acer integrates one of the 165 Hz QHD screens we see lately on many gaming computers. It has very thin edges on the sides, a slightly thicker edge at the top, to accommodate a webcam and a pronounced “chin”.

Contrary to what we see in other manufacturers lately, Predator Helios 300 has a 16: 9 screen, slightly more suitable for gaming and watching videos and movies, but which offers less vertical space for productivity . This can be a small factor in the decision to buy a laptop for some potential customers, but important for others. The panel used is a quality one, with above average brightness, but not exactly “dazzling” in use. In video games, it offers vibrant colors and high fluidity due to the 165 Hz frequency. There is an Overdrive option, which comes configured as standard on this model, which adds a little ghosting in use, but nothing bothersome, or which I have not seen on other models. In games, this effect may seem like a sort of sharpness filter, but the option can be turned off. In the absence of overdrive mode enabled, latency may increase, but we did not notice any differences in the gaming sessions tested.

The GeForce RTX 3070 Ti GPU can reach temperatures of up to 75 degrees Celsius, below the 83-degree limit from NVIDIA for throttling, which means we get the full performance of the graphics chip in video games, and that shows in the performance tests below.

One consequence of using a high-resolution screen at a high frequency, with a new generation processor in a high-performance version, as well as a high-end GPU, however, is the low autonomy. You can use the laptop battery for 2-3 hours for regular office activities, but any more complex task will definitely reduce the usage time. Moreover, without connecting to the socket adapter, the performance does not reach the maximum possible level. The audio system is good, but I’ve heard more powerful speakers on other laptops, but those usually came in higher price areas.

The performance of the new Predator Helios 300 is above expectations

Performance tests were performed using a selection of games that I used in the past, with settings on Very High / Ultra profiles. The tests were performed both on normal settings and with DLSS (Balanced mode), but also with activated ray tracing effects, where appropriate. The results are very good for a gaming laptop, many of the titles can be experienced at maximum settings at over 100 frames per second, both in 1080p and 1440p.

Read:  All Wi-Fi passwords used are saved on the PC. Where to find them This model, due to the fact that it benefits from a higher power supply and cooling performance better than compact laptops, even if it uses an RTX 3070 Ti chip, can offer better performance than an RTX 3080 or 3080 Ti on ultraportable format. I was very pleased with the gaming results and surprised by the performance in other tests. For example, the fact that it uses two 1 TB M.2 PCI-Express 4.0 SSDs in RAID0 gives it transfer speeds of up to 13 GB / s read and almost 10 GB / s write. Of course, this is an extreme configuration, but also the performance at half, offered by only one SSD would be enough for any type of professional task.

The only downside to this laptop is that its cooling system is noisy in Turbo mode, but this is not exactly a novelty in the field of gaming laptops. With a pair of headphones on your ears, the noise can be covered, even at medium volume, but you don’t have to use Turbo mode to get top performance. The tests are performed to demonstrate the possible performance on this model, but also on the Default and Extreme profiles are enough for quality gaming, and ensure a lower volume for the cooling system. The Acer Predator Helios 300 retains the tradition of this series, which offers users a slightly more affordable but less portable option for a very high-performance gaming computer. I do not expect this configuration, with i7, RTX 3070 Ti and 32 GB DDR5 and two 2TB SSDs to be cheap, given that similar models from the previous generation reached over 2,000 euros in similar configurations.

However, it is good news that this chassis can support the performance of this configuration, which means that even the most affordable variants will be “comfortable”. Probably an “ideal” configuration for gaming would be a model with i5, RTX 3070, 16 GB RAM and 1 TB storage, which would be included in the offer and at a more affordable price. At the time of this publication, the Predator Helios 300 laptop in the 2022 version is not yet listed in specialty stores.