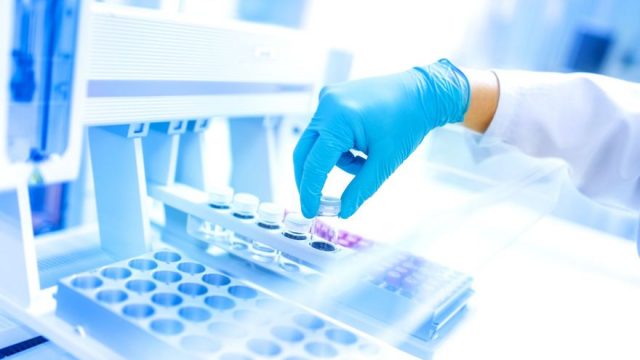 Much has been said in recent years about the mechanism of covid-19 vaccines, the so-called messenger RNA. A technology that, in recent years and due to the exceptional nature of the pandemic, has received a strong boost thanks to the investment of all kinds of resources.

In this sense, it achieved a breakthrough that under other circumstances would have taken decades and which opens up all kinds of possibilities in terms of diagnostics. As an intermediate molecule between DNA and proteins, RNA is a very promising candidate for diagnostics. Not only can RNA report undetectable alterations in the DNA sequence, but being a dynamic molecule, it offers other advantages such as reflecting the current state of a patient through changes in gene expression. In addition, it can show the organism’s response, gene activity, in response to different physiological situations or exposure to environmental factors.

This RNA analysis and detection is one of the spearheads of molecular biology and will enable the development of therapies targeting specific cellular molecular pathways, as well as more accurate and increasingly less invasive diagnosis of diseases.

Against this backdrop, Moirai BioDesign was founded in 2016 with the vision that RNA would completely change the landscape of the biotech industry.. Founded by several scientists from different areas of RNA, computational and experimental, Moirai BioDesign has developed software to design RNA molecules, “in other words, an AutoCAD of RNA&rdquor;, says Amadís Pagés, PhD in Biomedicine, co-founder and CEO of Moirai BioDesign. “Thanks to this software, we support other companies and research groups in the design of their own RNA molecules, for example, for therapeutic use&rdquor;.

This ‘software’ has also enabled the company to develop and patent two diagnostic technologies that they use to carry out a diagnosis based on the detection of RNA that is associated with a particular pathology or condition. These technologies make it possible to RNA-based diagnostics cheaper and faster than many of the currently available diagnostic methods and, moreover, can be implemented at the point of patient care. In Pagés’ words, “Moirai was born because we understood that the potential of RNA through the projects we had in mind should be unequivocally transferred to the market&rdquor;.

Currently, the company is clinically validating a prototype testbased on these technologies, for the rapid detection and characterization of bacteria in the blood that could cause septicemia in patients. However, like many companies and entrepreneurs who have an idea and whose main objective is to bring it to the market to have an impact on society, they encounter various problems, mainly in terms of financing.

With the passage of the pandemic and the widespread momentum of the. biotechnology sectorMoirai BioDesign has ridden the crest of the wave to continue developing patents that end up impacting people’s lives.

Read:  Why Health has withdrawn a batch of the cholesterol drug Simvastatin Cinfa

In its path of research and development of new patents, Moirai BioDesign was able to count on the support of Kaudal and his instrument of technological patronagebecoming a key partner in the common goal of bringing innovative projects to the market.

At Moirai BioDesign are clear about why they resorted to this tool: “It is a tool that covers part of the project and gives returns in the same fiscal year. It is also an instrument that gives you from 25% of the R&D project development&rdquor;.

At the moment, Moirai BioDesign is already working to patent the technology with which it applied for the technology sponsorship instrument. It is a technology that would allow detect RNA in different mediawhether blood, urine and saliva, especially the latter, either from viruses or generated by our own body in 30-60 minutes, with the advances this would bring to our current diagnostic capabilities.

These types of examples, the result of research and co-creation between. different scientists and industry expertsThe aim is to encourage young people to become entrepreneurs and change the current scenario, promoting the development of technologies and innovations and their transfer to the market.