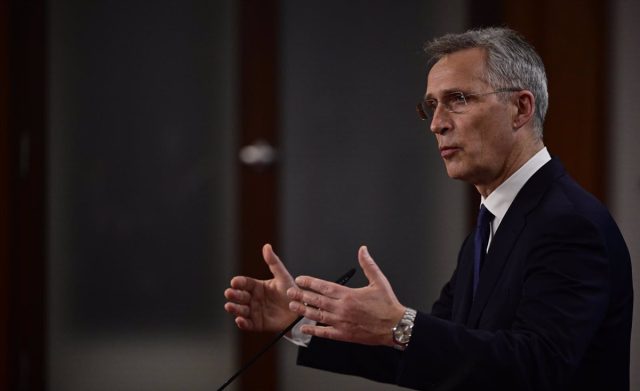 NATO Secretary General Jens Stoltenberg has promised on Wednesday to redouble military aid to Ukraine in the face of the Russian invasion, assuring that he will assist kyiv against possible chemical and nuclear attacks.

After the United States has warned that there is “a real threat” that Russia will use chemical weapons in the framework of its military offensive on Ukraine, the NATO leader has indicated that the extraordinary summit of allied leaders this Thursday will serve to agree additional support to kyiv, including against “chemical, biological, radiological and nuclear threats”.

Read:  Japan to supply Ukraine with gas masks and bans import of vodka from Russia

Stoltenberg has warned Moscow that using nuclear or chemical weapons in Ukraine “will have far-reaching consequences” and will mean a shift “in the nature of the conflict. A nuclear war will never be won and should never be fought, the former Norwegian prime minister has pointed out. , who has in turn warned that a hypothetical chemical attack in Ukraine could also affect the population of NATO countries.

“The invasion of President Vladimir Putin is brutal and the human suffering is horrible and painful to witness. We are determined to do everything possible to support Ukraine,” said the Scandinavian politician, who has again rejected that the Atlantic Alliance is going to intervene directly into the conflict.

Read:  The Pentagon speculates that Russia plans a "pretext" to invade Ukraine

In this sense, the NATO secretary general has emphasized that it is “extremely important” to increase support for kyiv, but also not to escalate the conflict and avoid a total war between NATO and Russia at all costs.