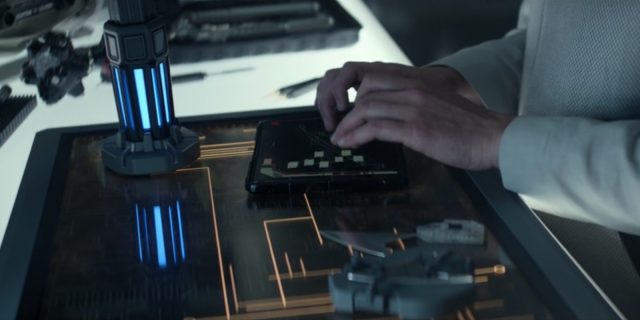 Since its launch in the 1960s, Star Trek has managed to redefine the future of consumer technology. For example, in 2022, we have smartphones and voice assistants, because devices from the Trek universe, such as the tricorder that inspired engineers from Apple, Google and other companies to recreate those technologies in the real world.

Since the debut of “Star Trek: Original Series” in 1966, the planet has evolved considerably, so it’s getting harder and harder to imagine that in hundreds of years used in real life 15-20 years ago – let’s remember the older Motorola models, the ones with the “flap”.

If you watched the new season of “Star Trek Picard”, you may have noticed that one of the characters uses a rather atypical prop in the second episode of the series.

Read:  This is the only way Renault survived: Dacia's parent company was going bankrupt

The mysterious device is covered by a case to hide its mark, but also the fact that, in reality, it is a device belonging to the 21st century. However, if you look very carefully, you can see the fold on the characteristic display , which is on all foldable devices released by Samsung recently.

We have to admit: the fact that a smartphone today appears in “Star Trek Picard” is a funny thing in itself. What makes this cameo even more anachronistic is that, according to the technological standards of the 25th century, from Star Trek, Dr. Jurati should have access to more advanced technologies, such as holographic displays, for example.

Read:  The first "flying" motorcycle: what it's for

However, part of the action is happening, however, in 2024, so it would not be excluded that in the future we will see more phones to recognize, or maybe other current gadgets.