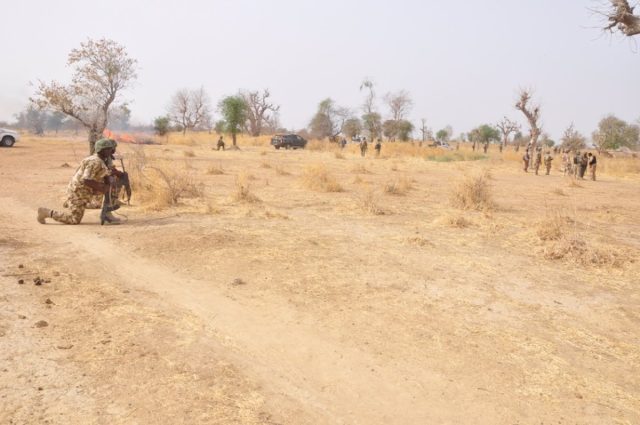 The death toll in the attack perpetrated on Sunday against a church in the Nigerian state of Ondo, located in the south of the country, has risen to “between 70 and one hundred”, according to a local parliamentarian, although the official balance confirmed so far by the authorities points to 50 deceased.

“We must expect a death toll between 70 and 100. I have seen more than 20 deaths, especially children,” said Oluwole Ogunmolasuyi, MP for Ondo. “It is a very sad incident,” he stressed, before emphasizing that the attack was “barbaric”, according to the Nigerian newspaper ‘The Premium Times’.

Nigerian President Muhammadu Buhari has condemned what happened, saying Nigeria “will never give in to evil and infamous people”, while Ondo Governor Rotimi Akeredolu has described what happened as “evil and satanic”. At the moment no group has claimed responsibility for the attack.

The attack was perpetrated during a mass in the Catholic church of San Francisco Javier, located in the town of Owo. This is the first attack against a Catholic church in the south of the African country, where the population is mostly Christian.

During the day on Saturday, the Church of Santa María Inmaculada de Aho, in Owukpa, Benue state, was attacked, where the assailants kidnapped the priest’s cook when they could not locate the religious in the temple. Days before, the head of the Methodist Church of Nigeria, Samuel Kanu, had been released in the state of Abia (southeast).

Insecurity in Nigeria, previously centered in the northeast of the country, has spread in recent months to other areas in the north and northwest, raising alarms about the possible expansion of these terrorist and criminal networks.