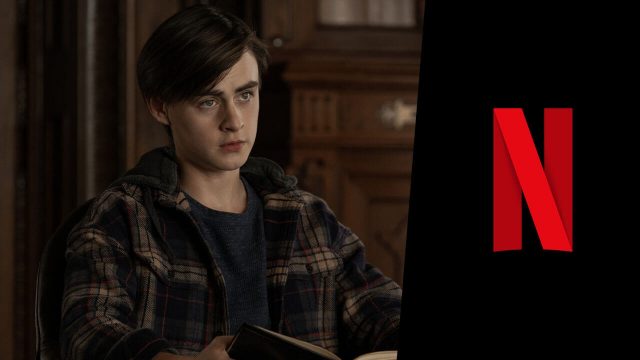 Netflix has announced the release date for what will be the next adaptation after a writing by the great Stephen King. The film will be called Mr. Harrigan’s Phone.

Incidentally, Netflix has announced the official release dates for all of the films coming out between now and the end of December, such as Blonde, Enola Holmes 2, Glass Onion: A Knives Out Mystery, and Mr. Harrigan’s Phone. The film, which will star Jaeden Martell (IT) as well as Donald Sutherland, will arrive on the streaming service on 5 October.

Mr. Harrigan’s Phone, a story in the unmistakable style of the master Stephen King

Mr. Harrigan’s Phone is based on Stephen King’s 2020 novel of the same name. The story centers on a teenage boy named Craig (Jaeden Martell) who lives in a small town called Harlow, Maine (obviously).

He gets a part-time job helping out his rich, elderly neighbor, Mr. Harrigan (Donald Sutherland), and the two strike up a close friendship. Harrigan gives Craig a lottery ticket, and when the protagonist wins, he uses some of the money to buy his employer his first iPhone.

Harrigan becomes fascinated with the device, and his relationship with it becomes supernatural after he dies. Craig continues to text the old man even after his death, and Harrigan texts him back.

Read:  Lindsay Lohan will star in a romantic comedy on Netflix: what we know about it

This will be the third time a Stephen King adaptation has been produced exclusively by Netflix. The streaming service previously produced the brilliant Gerald’s Game (one of the best Stephen King movies of all time) in 2017, and in 2019 fans were treated to Vincenzo Natali’s In The Tall Grass, based on the novel of the same name.