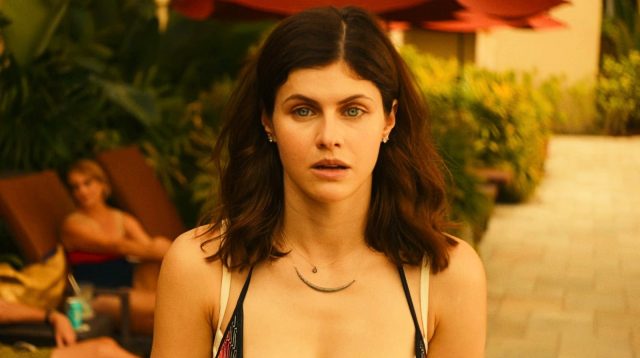 The upcoming Maycair Witches series from AMC already looks fantastic in many ways and is inspired by the book written by Anne Rice.

The series will tell stories from the three books Mayfair Witches, written by Anne Rice, and the idea of ​​this series continues to become more and more exciting with each news item that appears in the press.

Two of the most important characters in the book, Rowan and Lasher, have already been cast into two very good actors: Alexandra Daddario will play Rowan, and Jack Huston will play Lasher. It must be remembered that both characters are fans’ favorites, so the two actors have a difficult to impossible mission. But given that both are more than capable of meeting the challenges, the outcome may still be a positive one.

Read:  Emancipation: what Will Smith's latest film is like after his Oscar palm

Dr. Rowan Mayfair is a talented neurosurgeon from San Francisco, California. When her mother, whom she doesn’t know very well, Deirdre Mayfair, dies in New Orleans, she begins to find out details about her family.

At the same time, Michael Curry is an entrepreneur who specializes in restoring old homes he dreamed of as a child in New Orleans, longing to return. Rowan gradually realizes that he has the extrasensory power to save or take lives. Michael drowns, but she revives him, the experience of apparent death triggering in him a new and unwanted ability of clairvoyance. Michael and Rowan fall in love, and when he decides to return to New Orleans, she follows him to find out the secrets of her past.

Read:  Volkswagen has signed a partnership with Bosch: what it will develop

We don’t have a release date for the future series inspired by Anne Rice’s writings, but until then we have nothing to do but wait for it, overflowing with specific enthusiasm.