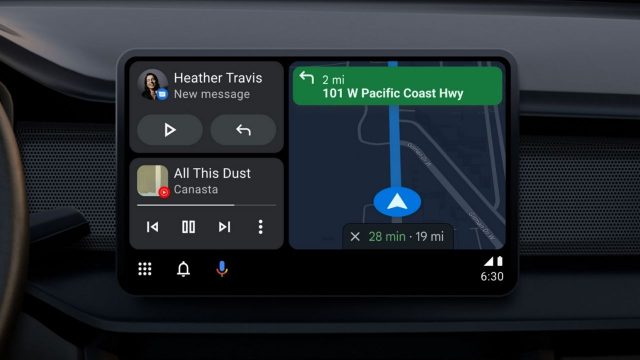 After all the major hardware and software announcements during the 2022 main I / O presentation, Google has released some updates for Android Auto cars and vehicles with Android Automotive-based infotainment systems.

Detailed as part of Google’s “What’s New in Android for Cars” session, the next major change is a refreshed user interface for Android Auto, which focuses on making browsing, media control and communicating with others easier while driving. To accommodate larger displays in new cars, the company turns split-screen into a standard view on all devices, so you can see directions, music, and text at the same time. This means you’ll be able to quickly pause a song or see a new message without having to navigate through a lot of menus and settings.

Read:  The Lincoln Lawyer returns, but on Netflix: who will replace Matthew McConaughey

Android Auto is reinventing itself

In addition, Google is also improving support for adaptive layouts that can be more easily adapted to the growing variety of displays in new cars. So whether you have a very large on-board display or a portrait screen, the Android Auto user interface can still display all the relevant information. In the meantime, to improve your hands-free commands, Google Assistant provides better contextual suggestions for things like lost calls, message arrival times, and more.

Finally, for car owners with Android Automotive-based systems (such as new vehicles from Ford, Volvo, and others), Google is expanding in-car entertainment options with broader support for video streaming applications.

Earlier this year, at CES, Google announced the ability to play videos from YouTube, and now Tubi TV and Epix Now will be added soon. Remember, you can only watch videos while the car is parked, so your focus will be on driving.

The company says it also plans to allow passengers to stream content from their phones to their vehicle’s built-in display, although there is no specific timeline for when it will still be available.