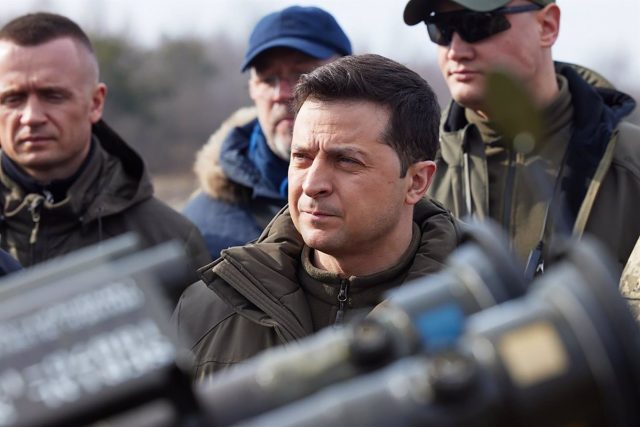 The President of Ukraine, Volodimir Zelenski, has advocated this Sunday to implement an “immediate ceasefire” in eastern Ukraine after denouncing the “provocations” that the artillery bombardments from the pro-Russian separatist zone represent.

“Continuing with yesterday’s conversation, I have informed (French President) Emmanuel Macron of the current security situation and the new provocations with bombings,” Zelensky said in a message posted on Twitter.

“We are in favor of intensifying the peace process. We support the immediate meeting of the Trilateral Contact Group and the immediate establishment of a ceasefire regime,” he added.

Read:  The US alerted fifteen countries in May about the possibility that Russia was trying to sell grain stolen in Ukraine

The French president has spoken with Zelensky and previously with Russian President Vladimir Putin. The conversation between Macron and Putin has lasted an hour and 45 minutes in which they have addressed the formulas to avoid a war in Europe, according to the French press, citing sources from the Elysee.