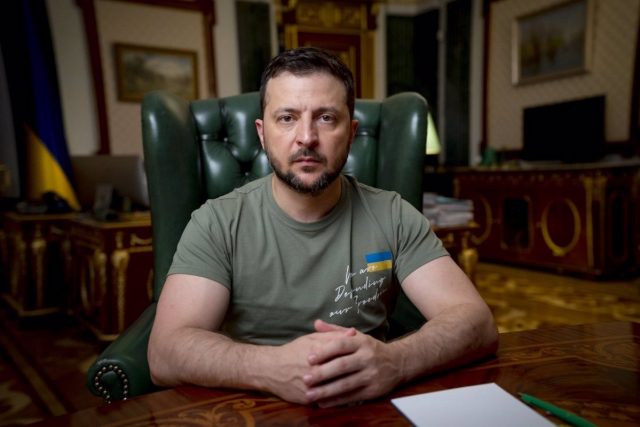 Ukrainian President Volodimir Zelenski on Thursday accused Amnesty International (AI) of justifying Russian attacks on Ukraine after the NGO published a report in which it singled out the Ukrainian Army for carrying out combat techniques that endanger the lives of civilians.

Referring to a Russian attack perpetrated in recent hours in the city of Toretsk — and in which eight people have been killed — Zelenski has assured in his daily message to the Ukrainian population that he has not seen such “clear and timely” reports from some international bodies on the “crimes committed by Russian terrorists.”

“Regarding this (the Toretsk attack) and thousands of other crimes committed by Russian terrorists, we do not see clear and timely reports. We have seen a completely different report by Amnesty, which unfortunately tries to amnesty Russia and shift the responsibility from the aggressor to the victim,” he asserted.

Read:  The number of refugees from Ukraine already exceeds 4.2 million

Zelenski stressed that there is no condition under which a Russian attack on Ukraine can be justified, and assured that “it cannot be tolerated” for an organization to make a report equating “the victim with the aggressor.”

“Nearly 200 religious buildings have been damaged or destroyed. Nearly 900 medical institutions. More than 2,200 schools. The Russian Army has not stopped before attacking even monuments to Holocaust victims, and there are no reports about it for some reason. It is immoral,” the head of state added.

In this regard, Zelensky has argued that “who amnesties Russia and artificially creates an informative context” justifying “terrorist attacks”, does not realize that he is helping them.

“And if these are manipulative reports, then you share responsibility for the death of people with them,” he has added.

AI denounced early Thursday that Ukrainian troops are engaging in combat tactics that endanger civilian lives and violate humanitarian law by frequently operating in residential areas, including hospitals and schools.

AI Secretary General Agnès Callamard has warned Ukraine that “being in a defensive position does not exempt the Ukrainian Army from respecting international humanitarian law.” For the organization, there is evidence that the Ukrainian Army has launched attacks “from populated residential areas and have settled in civilian buildings in 19 towns and villages in the regions”.

Later, Callamard herself has spoken out about the uproar caused by the report, and has accused the “‘mobs’ and ‘trolls’ on social networks” of being “attacking Amnesty International’s research.”

“This is called war propaganda, disinformation and misinformation. This will not dent our impartiality and will not change the facts,” Amnesty International’s secretary general said on her Twitter profile.