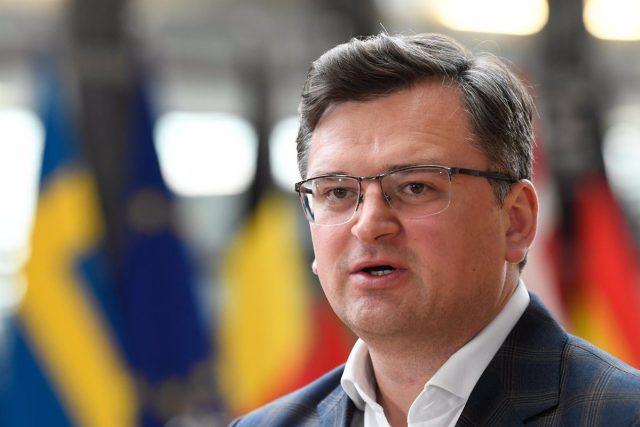 The Ukrainian Foreign Minister, Dimitro Kuleba, on Monday called Russian President Vladimir Putin’s words about the port of Odessa “empty” and recalled that he is “the same one who said he was not going to attack Ukraine.”

“Putin says he will not use trade routes to attack Odessa. He is the same Putin who told German Chancellor Olaf Scholz and French President Emmanuel Macron that he would not attack Ukraine just days before the invasion of the country began,” He has asserted in a message broadcast through his Twitter account.

The head of Ukrainian diplomacy has thus asserted that “we cannot trust Putin”. “His words about him are empty,” he said after the Russian president said in an interview that Ukraine will be able to use the ports of Odessa and Mikolaiv for food exports after a prior demining process.

In this sense, he assured that the Russian forces will not use this process to carry out “some attacks from the sea”. Due to the blockade of Ukrainian ports, some seven million tons of wheat, three million tons of sunflower oil and three tons of sunflower meal have been left out of the market. This has led to an increase in food prices on the market and will lead to a food crisis.

Putin has stated that Russia is prepared to export grains and fertilizers in exchange for a withdrawal of “politically motivated restrictions imposed by the West”.