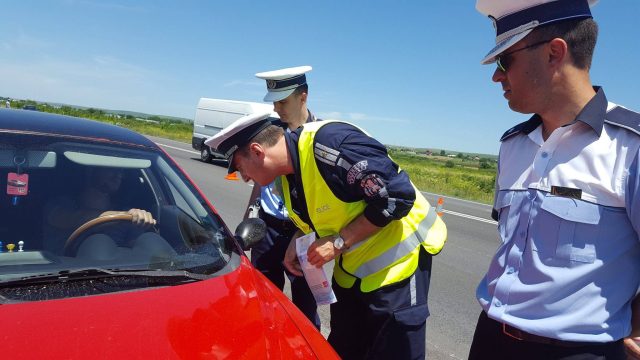 In case you didn’t know, the Traffic Code has undergone a change. If you break the new law, you may be without a driver’s license.

Aggression in traffic is now punished, and this will not only bring you a fine, but also the suspension of your driving license. An example of this happened the other day when, after a 37-year-old driver called the unique emergency number 112.

He called the service to denounce the fact that a driver in traffic continues to harass him, within the commune of Viziru in Brăila. Thus, the policemen of the Bureau of Section No.5 of the Viziru Rural Police were notified by the man from Tichilești commune regarding the fact that he is being harassed in traffic.

“Both drivers were tested with the breathalyzer, the result in the case of the 37-year-old man being 0.21 mg / l pure alcohol in the expired air, and in the case of the other driver the result was negative. The driver, aged 37, was fined 1,305 lei and the complementary measure of withholding his driving license was taken. ”, According to the representatives of IPJ Brăila.

After the police carried out all the necessary checks in the databases, they found that the car that was being driven by the 32-year-old man was listed as being erased. He was handed over by the rightful owner of the car, another 32-year-old man from Brasov.

Read:  REVIEW Senior Year: the best "stupid movie" that shows you how generations of high school students have evolved in 20 years