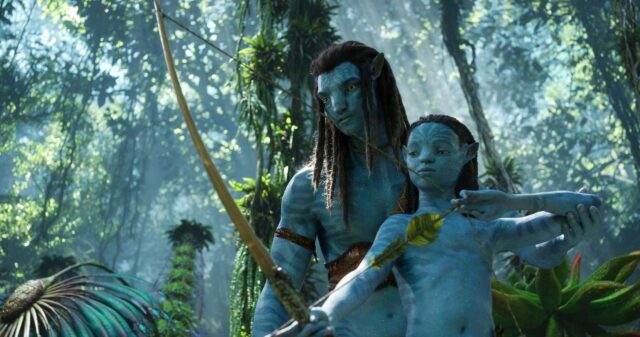 Turning the Avatar franchise into a TV series would, if it happened, come with a major problem, but one that is actually a blessing in disguise for everyone.

After its theatrical release, the first Avatar film received worldwide praise for its impressive motion-capture technology and special effects, as well as its use of 3D.

At this point, there is no doubt that realistic-looking CGI effects contributed massively to the film’s success.

The success of Avatar: The Way of Water in turn proves that audiences want to see more.

It topped $1.7 billion in worldwide grosses less than a month after its release.

Developing the Avatar franchise into a television series could bring some welcome additions to the story, but if the idea were to materialize, however, a significant problem has arisen.

Read:  Video The moment a bear opens and closes the door of the house it visits. We're dealing with a "well-mannered guest"

In recent years, director James Cameron has said he would be open to exploring more of Pandora in a TV series, it would just take at least ten years to get to that point.

In an interview with The Hollywood Reporter, James Cameron said Avatar would not “translate” well to television because of the realistic CGI approach needed to develop the characters, which would be very expensive and labor-intensive.

Realistically speaking, the visual depth and immersive environments that Pandora and its Na’vi characters offer are much more suited to the big screen.

Read:  New streaming service launched in Romania: where you can watch new movies, who's competing with Netflix

It would be difficult for the studio to try to fit Avatar for TV. This could, however, be a good thing. That way, Disney would avoid saturating its streaming platform with Avatar-related content, and the films could exist as a standalone “series” of movies, retaining the consistency of the visual effects as well as the story.

So it’s easy to see why a good series based on the Avatar idea in the first place would cost a lot of money, and that money wouldn’t be likely to go back into the creators’ pockets – and no profit, either. Plus, viewers would need state-of-the-art rendering technology to see it.