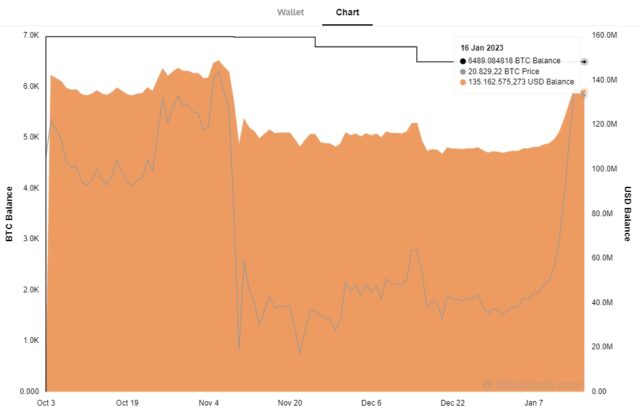 Given Do Kwon’s long career in the crypto-currency industry and his involvement in several crypto-currency projects, his net worth could be much higher, as he may have undisclosed wealth.

Who is Do Kwon?

Kwon Do-Hyung, 31, is a native of Seoul, South Korea. After founding the now-collapsed crypto-currency Terra in 2018, Do Kwon quickly became one of the most well-known figures in the crypto-currency industry. Ushering in the era of a decentralized dollar-denominated UST stablecoin in 2020, Do Kwon has gained a remarkable foothold in the blockchain space in no time.

He graduated from Stanford College with a degree in computer science and later worked as an engineer at Apple and Microsoft. With considerable experience in the technology field, he turned to cryptography, where he quickly gained a reputation as a controversial and vocal figure.

The first technology project Do Kwon built was an e-commerce site that focused on connecting foreign buyers with Korean suppliers. The project was launched when Do Kwon was only in his early twenties. His meteoric rise earned him a spot on Forbes’ elite list. 30 under 30 by Forbes in 2019.

Do Kwon & Terra : How did a top 10 crypto project collapse to nothing?

Do Kwon launched his crypto-currency project Terra when he was only in his early 20s. He received support from several other leading tech entrepreneurs, including co-founder Lee Tae-jin of Kakao Talk and JB Lee of Dunamu (the creator of Upbit). They joined forces to make Terra a crypto-currency platform that can revolutionize digital payments by leveraging blockchain technology.

However, it seems that there were flaws in the design of the Terra stablecoin, as it could not survive the bank run in mid-2022, which eventually led to the implosion of the ecosystem. Prior to the incident, the price of Terra Classic and UST (which was pegged at 1:1 to the USD) was around $110. However, once UST parity was shaken, investors began to withdraw their LUNA and UST. en masse.

According to reports, the $60 billion decentralized stablecoin project experienced a massive loss of about $45 billion, causing all of Terra’s investors and its founders to lose massive portions of their crypto wealth. Unfortunately, Terra’s collapse spread its fallout to the entire crypto-currency industry, as it triggered a big shift in the sentiment of many retail investors towards crypto-currencies. As a result, the value of other crypto assets has dropped significantly.

In just a few days after the UST lost its peg, the total crypto-currency market plunged from about $1.84 trillion to less than $1.30 trillion. In that same time period, the price of UST dropped from $1 to $0.25, while the price of Terra Classic saw an even more extreme drop from $80 to $0.30.

While Do Kwon was held responsible for Terra’s crash, a series of charges were raised against him, such as violating South Korea’s capital markets law, and more. The young crypto entrepreneur has faced a series of lawsuits, as he is now wanted by South Korean authorities for his role in Terra’s 99.99% collapse.

According to a December article by South Korean prosecutors cited by CNN, Do Kwon fled Singapore after Terra’s collapse, moved to Dubai before traveling to Serbia, where he reportedly now resides. In September, he said he was not “on the run” and noted that his arrest warrant in South Korea was “politically motivated“.

I am not “on the run” or anything similar – for any government agency that has shown interest to communicate, we are in full cooperation and we don’t have anything to hide

Estimating the net worth of the popular crypto veteran who founded Basis Cash and Terra (LUNA), would have been much easier before Terra’s sudden collapse.

It’s not news that the unfortunate event saw Do Kwon’s crypto-currency ecosystem collapse in a $60 billion wipeout, resulting in a significant drop in his wealth, and investors losing most of their funds.

The crypto veteran attested to losing almost all of his net worth in the Terra crash, leaving him picking up the pieces of those that remain. However, he said in an interview with The Wall Street Journal that the collapse of his project has had little effect on his life, claiming that he is used to living a fairly “frugal” life.”

Meanwhile, it is difficult to say exactly what Do Kwon’s current net worth is, as he has reportedly disappeared from the public eye since the accident until this writing. Recent reports indicate that Do Kwon has access to the Luna Foundation Guard (LFG) portfolio where he withdrew funds after fleeing to Serbia. Kwon’s access to the wallet suggests that he may still have more than $135 million in bitcoins in his possession in early 2023.

The main reason why the LFG wallet is considered to be under Do Kwon’s control is the fact that 9.64 BTC was cashed out of a Bitcoin ATM at the time he entered Serbia.

What was Do Kwon’s net worth prior to the Terra ecosystem crash?

The crypto industry has seen a remarkable uptrend in 2019 and 2020, where the combined value of all digital assets has jumped beyond $3 trillion.

Prior to Terra’s collapse, reports revealed that Luna Foundation Guard (LFG) – a nonprofit organization founded to maintain the stability of UST parity and foster the growth of the Terra ecosystem – became one of the largest holders of bitcoin, having acquired more than 80,000 BTC, or 0.4 percent of the total bitcoin supply.

In addition, reports have also revealed accusations that the co-founder of Terraform Labs had shadow wallets that carried more than $200 million in LUNA tokens. However, the facts about the ghost wallets have yet to be confirmed.

It should be noted that Do Kwon himself commented on his wealth in early 2022, claiming that he was a billionaire when the LUNA token was trading at nearly $100.

Conclusion: Do Kwon remains a crypto millionaire despite the monumental collapse of his project.

Despite the monumental failure of the Terra ecosystem, which caused thousands of investors to lose their money, Do Kwon remained extraordinarily wealthy, at least according to the reports and blockchain data we managed to review.

If you want to know how Do Kwon stacks up against other crypto-currency figures, check out the net worth of Ethereum founder Vitalik Buterin, anonymous Bitcoin founder Satoshi Nakamoto, and TRON founder Justin Sun.