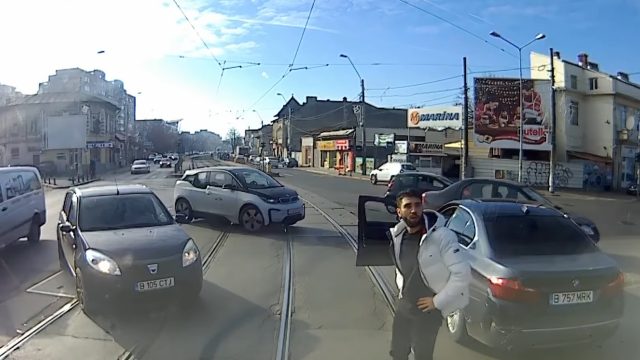 When it comes to the Romanian Road Code, too few drivers know all the peculiarities behind the regulations for traffic on public roads. An important note concerns the circumstances of the traffic on the tram line. Not the other way around, but you could get rid of the fine.

What the Road Code says about tram traffic

In an internet post, a driver from Iași, another locality with trams in circulation, tried to explain the situation in which it is legal to cross the car dedicated to this means of transport. Not for another, but you would be surprised by the number of drivers who have not the faintest idea of ​​this detail.

Read:  Lotus is following in the footsteps of rivals: when the company's first SUV will be launched

“In the attention of the bison (professionals and amateurs with horns and big mouths who comment on the fact that there is traffic jams if they are not on the tram line to turn left) and occupy the tram line, especially on Nicolae Iorga Boulevard (…) to enter subway to Galata neighborhood. Instead of sitting on the second lane of traffic and respecting the indication of the dedicated traffic light, they are illegally occupying the lane destined for the traffic of passenger transport “, wrote Laurenţiu Gheorghiu from Iași, in a group destined for traffic.

He also took the opportunity and integrated in the post a video from YouTube created by a policeman from IPJ Bihor who addresses the same aspect. The difference is that it also refers to the point in the Traffic Code that concerns that scenario. “On public roads with no more than two lanes in each direction and a third lane on which the tram line is near the axis of the road, drivers may use this lane, with the obligation to leave the tramway clear, near it,” reads the article. 103 of the Traffic Code, exemplified by Tavi Perţea, the Bihor policeman.