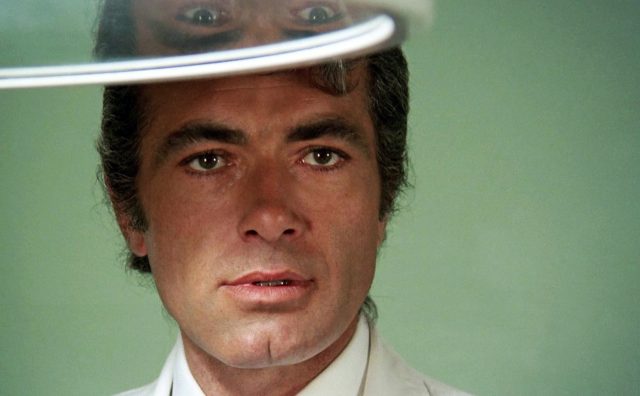 Cristea Avram is one of the most appreciated Romanian actors of all times. The actor’s charm made him irresistible to the fair sex, and the most “famous” actors of the time could have taken lessons from him.

Obviously, Cristea Avram was an attractive man, with a “James Bond” look, and his personality completed the picture of a high-ranking conqueror.

Of course, we all know that Ion Dichiseanu made Sara Montiel leave the future King of Spain to move in with him in his studio in Bucharest; or that Florin Piersic had managed to conquer the absolute diva of the past years, Angela Similea. But how many Romanians know that another actor was even more conquering?

Cristea Avram was born in 1931, in the capital, and in 1958 he graduated from the Institute of Theatrical and Cinematographic Arts in Bucharest.

However, it can be said that he became an actor by pure chance. Immediately after graduating from high school, he attended the Faculty of Philosophy for three years, and then, in 1953, he was selected for the artistic team of the C.I. Parhon Institute.

The famous George Vraca was also a member of the selection committee and advised him to enrol at the Institute of Theatre and Cinema. Initially, Avram refused, but it was Vraca who succeeded in persuading him to go through with his mission.

Read:  What you can see on HBO Max in May: Movies and series coming soon

It was also during this period that Avram was to experience international glory, as a team of French filmmakers led by director Henri Colpi and the beautiful actress Marina Vlady came to Romania to film Steaua Senza Nume (Mona, l’étoile sans nom), a famous screenplay of the same name by Mihail Sebastian.

Read:  BMW is investing in the efficiency of electric cars: what the latest study shows

In no time at all, a love affair was born between the two that, if it didn’t contain a third element, might have been a very beautiful one.

As a result, Marina Vlady applied for a visa as soon as she returned to France. Cristea Avram left for France, from which he never returned, even after ending his relationship with the famous actress, and his career went into somewhat of a decline.

The truly dramatic part of this story is that in Romania, Cristea Avram left behind a grieving wife, the famous actress Olga Tudorache, but also the son the two had together, Alexandru.

Immediately after the Romanian’s separation from Vlady, she was to enter into a relationship with the Russian artist Vladimir Visoțki, whom she married. Before that, she had been married twice before.

After his departure from Romania, the actor starred in only one film, Le temps de vivre (1969), with the woman who had become his girlfriend, only to have the famous Catherine Deneuve as his partner on the set.

The Romanian actor Cristea Avram died in 1989 in Italy after a long suffering caused by an incurable disease.