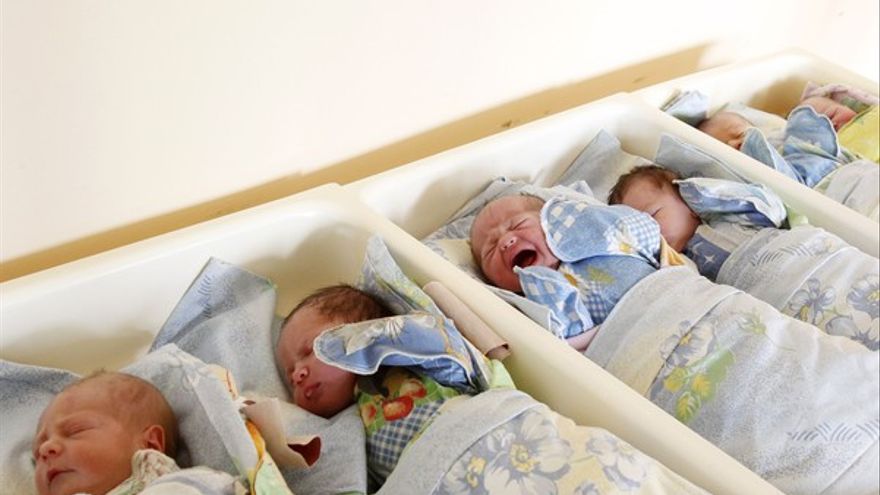 Shake the baby to stop cryingnot only does it not serve to calm him down, but it can provoke very serious brain damageor even the deathso the Vall d’Hebron Hospital has launched a program to inform those who have just become fathers and mothers of the risks of this abuse.

Shaking causes the baby’s head to move rapid acceleration and deceleration which, due to the large size of the head in proportion to the rest of the body and a still very weak neck musculature, facilitates the production of brain injuries.

It is what is known by the name of abusive head trauma or shaken baby syndromeand its most frequent symptoms are cerebral and retinal hemorrhage, bone fractures and neurological sequelae.

The most frequent symptoms are cerebral and retinal hemorrhage, bone fractures and neurological sequelae.

All over the world, one in four children who suffers this type of violence dies and, of the surviving children, approximately 65-80% have sequelae.

Two or three cases a year

In the last 11 years, Vall d’Hebron has treated 27 cases of children with abusive head trauma, which represents an average of between two and three cases per year.

Read:  Which are the best hospitals in the world? There are 11 Spanish

In the first half of 2022, cases have doubled to five, although, being such low figures, this variation does not necessarily imply a change in trend, the Vall d’Hebron experts point out.

Of these 27 cases in 11 years, 78% were children and 74% were less than 6 months old, and the most common clinic for which families go to the emergency room is due to seizures.

40% of the pediatric patients presented some type of cognitive deficit at discharge and, of the 27, two died.

“It is abuse because an adult applies a disproportionate force on a baby in a violent way, even if the objective is not to hurt, but to stop crying”

it is mistreatment because an adult applies a disproportionate force on a baby in a violent manner, although the objective is not to harm, but to stop crying,” said the head of the neonatology section of the Barcelona hospital, César Ruiz.

For this doctor, “it is not the same as sexually abusing or hitting a boy or a girl, because everyone knows that this causes harm, but it is a mixture of abuse and neglect, por a supposed ignorance of the consequences that it can have”, added Ruiz.

Read:  WHO warns of the possibility of the spread of cholera or other infectious diseases in Ukraine

Thus, in the case of suspected abusive head trauma, the protocol is to notify the General Directorate of Attention to Children and Adolescents of the Generalitat (DGAIA), to the Juvenile Prosecutor’s Office and the police court.

So that the fatal consequences of shaking are known, Vall d’Hebron has launched a program so that all parents and caregivers of children born in hospital are informed, before being discharged, of the risks of these violent behaviors.

They are also given a brochure from the Department of Health entitled ‘Help, don’t stop crying’ and which includes recommendations on how to act when parents fail to calm their child.Don’t lose your temper

Speaking to the press after informing a couple that they had just had a baby in the hospital, obstetrics nurse Carmen el Ouahabi explains how to avoid violent behavior: “The caregiver must always remain calm; the parents must know that the children cry between 2 or 3 hours a day, or even more, and it is important that, when a dad loses nerve, you have to take over from the caregiver”.

What if no one can take over at that time?: “Ideally, the caregiver should leave the baby in the crib, on his back, and go to another part of the house to relax and, when he is, come back to pick up the child”, the nurse specified.