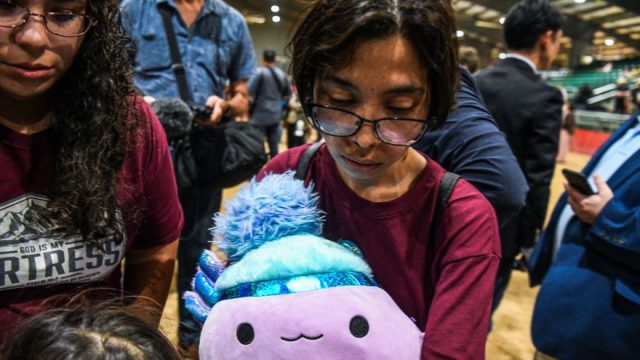 We have all known cases of people who have not been able to bear the impact of the loss of a loved one. This is what has happened with Joe Garcia, the husband of Irma Garcia, one of the teachers killed in the shooting at a school in Texas. Joe passed away this Thursday after suffering a heart attack. One of his relatives assured that he had died “of grief”.

These events are reminiscent of an ailment that scientists have perfectly cataloged and described: broken heart syndrome It can also be called in the following ways: stress cardiomyopathy, Takotsubo cardiomyopathy, or apical ballooning syndrome.

What is broken heart syndrome?

It is a heart condition that is usually caused by stress or extreme emotions. People who suffer from it may think that they suffer from a heart attack with intense chest pain, but it’s not exactly the same. The syndrome only affects part of the heart and causes temporary interruption of blood pumping

What are the symptoms?

The symptoms of broken heart syndrome are treatable and usually reverse within days or weeks. They usually consist ofn chest pain and shortness of breathso it is common to be confused with a heart attack.

Read:  Smallpox, history of a genocide, by Olga Merino

Scientists have not pinpointed the exact cause of broken heart syndrome. There are those who link the ailment with a sudden increase in hormones related to stress, such as adrenaline.

Others point to a constriction of the arteries from the heart.

What does usually happen before it appears is a very intense physical or emotional event. An illness, an operation, an accident can trigger the syndrome.

On some occasions (very rare), the condition may be due to medicinessuch as those indicated for allergic reactions or severe asthma attacks, anti-anxiety drugs, nasal decongestants, or even illegal drugs.