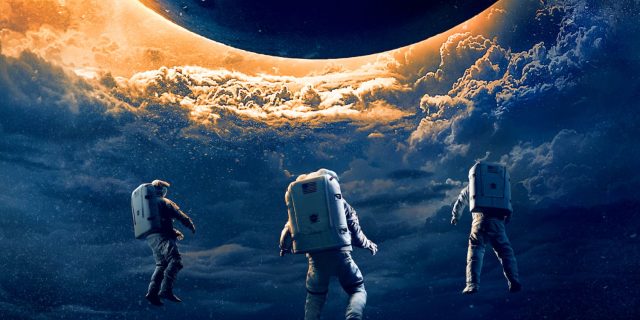 “Moonfall” is the new film signed by Roland Emmerich, the “father” of disaster and apocalypse productions. Easily anticipated, this kind of film manages to bring back to life the older phobias of mankind. It is currently running in cinemas around the world.

In honor of “Moonfall”, a new video posted on YouTube explains what would happen if the Moon really collapsed on Earth. The clip recreates the screenplay of director Roland Emmerich’s latest “apocalyptic” film, which debuted in theaters last weekend, February 4th.

With an estimated $ 140 million production budget, this is one of the most expensive independent films of all time. Unfortunately, “Moonfall” managed to recover only $ 10 million in the first weekend since its launch, which is obviously not a little, but not much, compared to the money spent on production. Despite this disappointment, “Moonfall” boasts an interesting scenario.

Read:  Volkswagen accelerates investment in green energy: what plans do the Germans have?

In “Moonfall”, as the Moon approaches the Earth, the gravitational pull between the two bodies has cataclysmic effects on our planet, causing many disasters, such as tsunamis or dissipation of the atmosphere.

Emmerich hired a number of scientific advisors, including a geophysicist and disaster researcher named Mika McKinnon, who helped keep the film in some scientific realm.

A new video, posted on the YouTube channel “Kurzgesagt – In a Nutshell”, explores the true science behind “Moonfall” and answers the question that all moviegoers have certainly asked themselves after seeing Emmerich’s movie. : Could the Moon really collapse on Earth, and if so, what would happen in that case?

Although the hypothesis that the Moon would suddenly leave its orbit and collapse on Earth violates several laws of physics, the video explores what would happen, hypothetically, if the Moon began to approach progressively and eventually it would collide with our planet.

Read:  Fast & Furious 10, the first details: what we know about the role of Jason Momoa